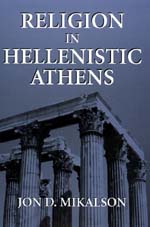 Until now, there has been no comprehensive study of religion in Athens from the end of the classical period to the time of Rome's domination of the city. Jon D. Mikalson provides a chronological approach to religion in Hellenistic Athens, disproving the widely held belief that Hellenistic religion during this period represented a decline from the classical era. Drawing from epigraphical, historical, literary, and archaeological sources, Mikalson traces the religious cults and beliefs of Athenians from the battle of Chaeroneia in 338 B.C. to the devastation of Athens by Sulla in 86 B.C., demonstrating that traditional religion played a central and vital role in Athenian private, social, and political life. Mikalson describes the private and public religious practices of Athenians during this period, emphasizing the role these practices played in the life of the citizens and providing a careful scruntiny of individual cults. He concludes his study by using his findings from Athens to call into question several commonly held assumptions about the general development of religion in Hellenistic Greece.

Jon D. Mikalson is Professor of Classics at the University of Virginia. He is the author of The Sacred and Civil Calendar of the Athenian Year (1975), Athenian Popular Religion (1983), and Honor Thy Gods: Popular Religion in Greek Tragedy (1991).

"An up-to-date critical examination of the evidence for religious practices in Hellenistic Athens. This is a balanced study that truly advances knowledge of the subject."—Stephen V. Tracy, Ohio State University

"Mikalson confronts the long-standing and widespread notion . . . that Hellenistic religion represented a falling-off from the authentic and vigorous beliefs of the classical era. He persuasively demolishes this view, demonstrating the continuing vitality of traditional cults, rites, and divinities."—Erich S. Gruen, University of California, Berkeley 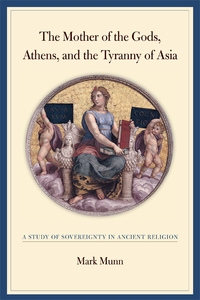 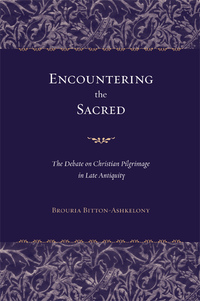 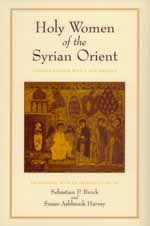 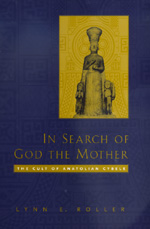 In Search of God the Mother