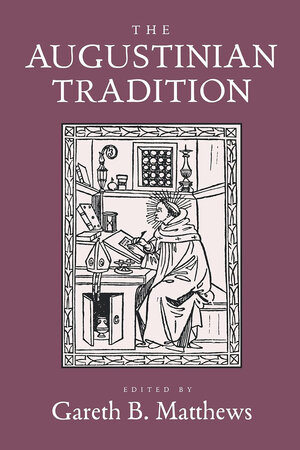 Augustine, probably the single thinker who did the most to Christianize the classical learning of ancient Greece and Rome, exerted a remarkable influence on medieval and modern thought, and he speaks forcefully and directly to twentieth-century readers as well. The most widely read of his writings today are, no doubt, his Confessions—the first significant autobiography in world literature—and The City of God. The preoccupations of those two works, like those of Augustine's less well-known writings, include self-examination, human motivation, dreams, skepticism, language, time, war, and history—topics that still fascinate and perplex us 1,600 years later.

The Augustinian Tradition, like a number of recent single-authored books, expresses a new interest among contemporary philosophers in interpreting Augustine freshly for readers today. These articles, most of them written expressly for the book, present Augustine's ideas in a way that respects their historical context and the long history of their influence. Yet the authors, among whom are some of the best philosophers writing in English today, make clear the relevance of Augustine's ideas to present-day debates in philosophy, literary studies, and the history of ideas and religion. Students and scholars will find that these essays provide impressive evidence of the persisting vitality of Augustine's thought.

Gareth B. Matthews is author of Thought's Ego in Augustine and Descartes and Professor of Philosophy at the University of Massachusetts, Amherst.