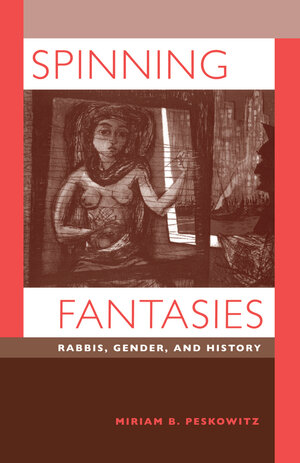 Following the destruction of the Jerusalem Temple by Roman armies in 70 C.E., new incarnations of Judaism emerged. Of these, rabbinic Judaism was the most successful, becoming the classical form of the religion. Through ancient stories involving Jewish spinners and weavers, Peskowitz re-examines this critical moment in Jewish history and presents a feminist interpretation in which gender takes center stage. She shows how notions of female and male were developed by the rabbis of Roman Palestine and why the distinctions were so important in the formation of their religious and legal tradition.

Rabbinic attention to women, men, sexuality, and gender took place within the "ordinary tedium of everyday life, in acts that were both familiar and mundane." While spinners and weavers performed what seemed like ordinary tasks, their craft was in fact symbolic of larger gender and sexual issues, which Peskowitz deftly explicates. Her study of ancient spinning and her abundant source material will set new standards in the fields of gender studies, Jewish studies, and cultural studies.

Miriam B. Peskowitz is Assistant Professor of Religion at the University of Florida and coeditor, with Laura Levitt, of Judaism since Gender (1996).

"The reader will never look at the texts explicated in this work in the same way again. Jews and Christians alike will be fascinated by the notions of gender that cut across religions in antiquity. Peskowitz's breadth of citation is dazzling, and her methodological sophistication will undoubtedly set standards for future studies."—Judith Hauptman, Jewish Theological Seminary