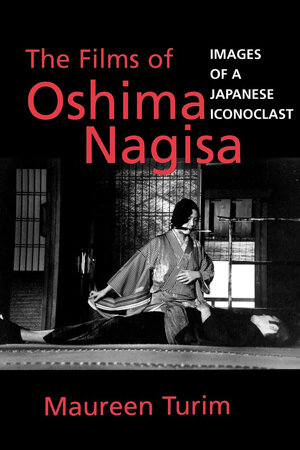 The Films of Oshima Nagisa Images of a Japanese Iconoclast

This study of the films of Oshima Nagisa is both an essential introduction to the work of a major postwar director of Japanese cinema and a theoretical exploration of strategies of filmic style. For almost forty years, Oshima has produced provocative films that have received wide distribution and international acclaim. Formally innovative as well as socially daring, they provide a running commentary, direct and indirect, on the cultural and political tensions of postwar Japan.

Best known today for his controversial films In the Realm of the Senses and The Empire of Passion, Oshima engages issues of sexuality and power, domination and identity, which Maureen Turim explores in relation to psychoanalytic and postmodern theory. The films' complex representation of women in Japanese society receives detailed and careful scrutiny, as does their political engagement with the Japanese student movement, postwar anti-American sentiments, and critiques of Stalinist tendencies of the Left. Turim also considers Oshima's surprising comedies, his experimentation with Brechtian and avant-garde theatricality as well as reflexive textuality, and his essayist documentaries in this look at an artist's gifted and vital attempt to put his will on film.

Maureen Turim is Professor of English and Film Studies at the University of Florida and author of Abstraction in Avant-Garde Film (1981) and Flashbacks in Film: Memory and History (1989).

"Turim raises critically important issues that the existing literature on Japanese cinema has been loath to address. Through thoughtful and sensitive readings of Oshima's films, she acknowledges the problematic nature of categories such as culture, subjectivity, and identity. This is an important contribution not only to film criticism and scholarship but to current debates and discussions in the Japan field, in cultural studies generally, and in feminist thought."—William Haver, State University of New York, Binghamton

1. Cultural Iconclasm and Contexts oflnnovation
2. Cruel Stories of Youth and Politics
3· Rituals, Desire, Death: Leaving One's Will on Film
4· Signs of Sexuality in Oshima's Tales of Passion
5· Warring Subjects
6. Popular Song, Fantasies, and Comedies of Iconoclasm
7· Documents of Guilt and Empire
8. Feminist Troubles on a Map of Split Subjectivities