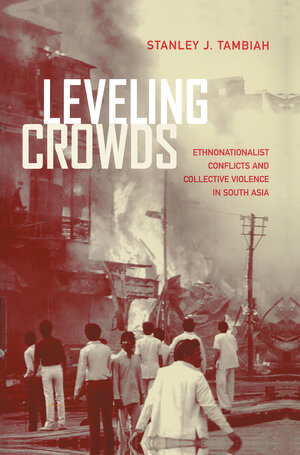 Ethno-nationalist conflicts are rampant today, causing immense human loss. Stanley J. Tambiah is concerned with the nature of the ethno-nationalist explosions that have disfigured so many regions of the world in recent years. He focuses primarily on collective violence in the form of civilian "riots" in South Asia, using selected instances in Sri Lanka, Pakistan, and India. He situates these riots in the larger political, economic, and religious contexts in which they took place and also examines the strategic actions and motivations of their principal agents. In applying a wide range of social theory to the problems of ethnic and religious violence, Tambiah pays close attention to the history and culture of the region.

On one level this provocative book is a scrupulously detailed anthropological and historical study, but on another it is an attempt to understand the social and political changes needed for a more humane order, not just in South Asia, but throughout the world.

Stanley J. Tambiah is Esther and Sidney Rabb Professor of Anthropology at Harvard University. Among his several books is Sri Lanka: Ethnic Fratricide and the Dismantling of Democracy (1991).

"In recent years much has been written about what Tambiah calls 'the strange malformations' that have resulted at the end of the twentieth century from complex combinations of nationalism, ethnicity, demands for self-determination, and social groups defining each other in terms of religious identity. No one, however, has analyzed how these factors lead to the violence that has become the characteristic of our time as brilliantly as Tambiah has in this remarkable book. His insights as a social science into the political and cultural history of South Asia are informed by a passionate humanism that gives us a new understanding of the dark tragedies of our time."—Ainslie Embree, Professor Emeritus of History, Columbia University

"Resolutely transgressing disciplinary and spatial boundaries, Tambiah offers a scholarly but accessible, a focused but wide-ranging analysis that places ethnicity on the borderlines of the old and the new, the past and the present, politics and culture...With uncanny skill, he turns the contemporary worry about ethnic politics and violence into a brilliant meditation on the history of nationalism, nation-states, and world-capitalism—in a word, modernity itself. No student of modernity, let alone ethnicity in South Asia and other regions, can afford to ignore this thoughtful inquiry into our modern history."—Gyan Prakash, Princeton University

PART ONE: SELECTED SITES OF CONFLICT IN SOUTH ASIA

PART TWO: RETHINKING THE NATURE OF COLLECTIVE VIOLENCE
7· Some General Features of Ethnic Riots and Riot Crowds
8. The Routinization and Ritualization of Violence
9· Hindu Nationalism, the Ayodhya Campaign, and the Babri Masjid
10. Entering a Dark Continent: The Political Psychology of Crowds
11. Reconfiguring LeBon and Durkheim on Crowds as Collectives
12. The Moral Economy of Collective Violence