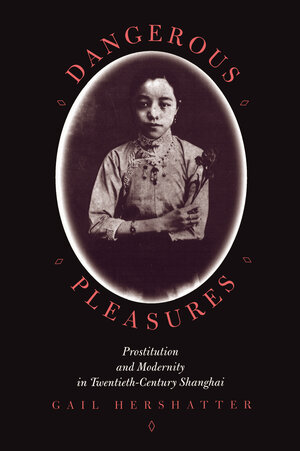 This pioneering work examines prostitution in Shanghai from the late nineteenth century to the present. Drawn mostly from the daughters and wives of the working poor and declassé elites, prostitutes in Shanghai were near the bottom of class and gender hierarchies. Yet they were central figures in Shanghai urban life, entering the historical record whenever others wanted to appreciate, castigate, count, regulate, cure, pathologize, warn about, rescue, eliminate, or deploy them as a symbol in a larger social panorama.

Over the past century, prostitution has been understood in many ways: as a source of urbanized pleasures, a profession full of unscrupulous and greedy schemers, a changing site of work for women, a source of moral danger and physical disease, a marker of national decay, and a sign of modernity. For the Communist leadership of the 1950s, the elimination of prostitution symbolized China's emergence as a strong, healthy, and modern nation. In the past decade, as prostitution once again has become a recognized feature of Chinese society, it has been incorporated into a larger public discussion about what kind of modernity China should seek and what kind of sex and gender arrangements should characterize that modernity.

Prostitutes, like every other non-elite group, did not record their own lives. How can sources generated by intense public argument about the "larger" meanings of prostitution be read for clues to those lives? Hershatter makes use of a broad range of materials: guidebooks to the pleasure quarters, collections of anecdotes about high-class courtesans, tabloid gossip columns, municipal regulations prohibiting street soliciting, police interrogations of streetwalkers and those accused of trafficking in women, newspaper reports on court cases involving both courtesans and streetwalkers, polemics by Chinese and foreign reformers, learned articles by Chinese scholars commenting on the world history of prostitution and analyzing its local causes, surveys by doctors and social workers on sexually transmitted disease in various Shanghai populations, relief agency records, fictionalized accounts of the scams and sufferings of prostitutes, memoirs by former courtesan house patrons, and interviews with former officials and reformers.

Although a courtesan may never set pen to paper, we can infer a great deal about her strategizing and working of the system through the vast cautionary literature that tells her customers how not to be defrauded by her. Newspaper accounts of the arrests and brief court testimonies of Shanghai streetwalkers let us glimpse the way that prostitutes positioned themselves to get the most they could from the legal system. Without recourse to direct speech, Hershatter argues, these women have nevertheless left an audible trace. Central to this study is the investigation of how things are known and later remembered, and how, later still, they are simultaneously apprehended and reinvented by the historian.

Gail Hershatter is Professor of History and Co-Director of the Center for Cultural Studies at the University of California, Santa Cruz. She is the author of The Workers of Tianjin, 1900-1949 (1986), coauthor of Personal Voices: Chinese Women in the 1980s (1988), and co-editor of Engendering China: Women, Culture, and the State (1994).

PART II • PLEASURES
Chapter 3. Rules of the House
Chapter 4. Affairs of the Heart
Chapter 5. Tricks of the Trade
Chapter 6. Careers