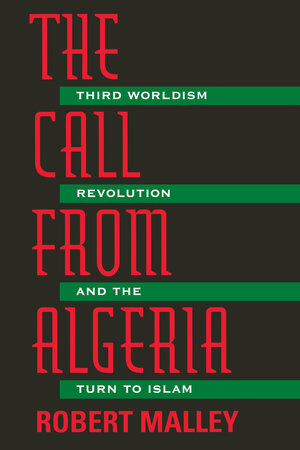 The Call From Algeria Third Worldism, Revolution, and the Turn to Islam

The speed with which Algeria has gone from symbol of revolutionary socialism to Islamic battleground has confounded most observers. Charting Algeria's political evolution from the turn of the century to the present, Robert Malley explores the historical and intellectual underpinnings of the current crisis. His analysis helps makes sense of the civil war that is tearing Algeria apart.

Using contemporary Algerian politics as a case study of the intellectual movement labeled "Third Worldism," Malley's thoughtful analysis also elucidates the broader transformations affecting countries of the Third World that once embraced ideologies of state-centered radical change. Malley focuses on the interplay between politics, economics, and ideology to explain the rise, essential components, and precipitous decline of Third Worldism—a movement that attracted scholars and activists in both the developed and underdeveloped worlds from the mid 1950s to the mid 1980s. He relates the disillusionment with Third Worldism to the growing appeal in the Third World of economic liberalism, versions of political pluralism, and ideological movements that threaten the very existence of the central state.

At a time when the public increasingly is associating countries of the less developed world with Islamism, tribalism, and ethnic warfare, The Call from Algeria challenges our assumptions and offers a new perspective.

Robert Malley wrote this book while serving as a Fellow at the Council on Foreign Relations.

"A fascinating interpretation of Algeria's past and present agonies, set against the broader backdrop of the rise and fall of 'Third Worldism.' Essential to anyone following Middle East politics and the extrapolation of the old 'North-South' struggle into the 'New World Disorder.'"—Graham E. Fuller, RAND, coauthor of A Sense of Siege: The Geopolitics of Islam and the West