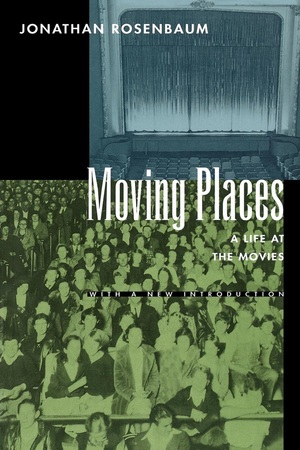 Moving Places A Life at the Movies

Moving Places is the brilliant account of a life steeped in and shaped by the movies—part autobiography, part film analysis, part social history. Jonathan Rosenbaum, one of America's most gifted film critics, began his moviegoing in the 1950s in small-town Alabama, where his family owned and managed a chain of theaters.

Starting in the Deep South of his boyhood, Rosenbaum leads us through a series of "screen memories," making us aware of movies as markers of the past—when and where we saw them, with whom, and what we did afterward. The mood swings easily from sensual and poignant regret to screwball exuberance, punctuated along the way by a tribute to the glamorous Grace Kelly of Rear Window, a meditation on The Rocky Horror Picture Show and its improbable audience-community, and an extended riff on Rosenbaum's encounters with On Moonlight Bay.

Originally published in 1980, Moving Places is reissued now both as a companion volume to the author's latest book and as a means of introducing a new generation of film buffs to this unique, often humorous exploration of one man's life at the movies.

"I would number Moving Places among a handful of truly classic books about film."—James Naremore, author of Acting in the Cinema

Looking Back at Moving Places
Acknowledgments

Prelude: What I Did on My Summer Vacation
(September 1977)

1 The Plucking of Three Birds of Paradise
Station Identification

2 ON MOONLIGHT BAY as Time Machine

3 If Looks Could Kill 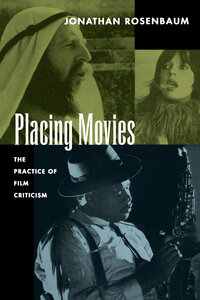 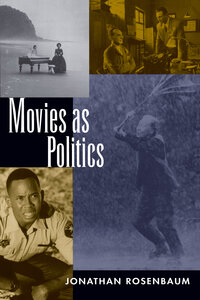