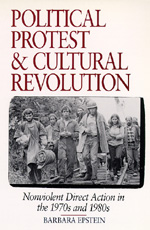 From her perspective as both participant and observer, Barbara Epstein examines the nonviolent direct action movement which, inspired by the civil rights movement, flourished in the United States from the mid-seventies to the mid-eighties. Disenchanted with the politics of both the mainstream and the organized left, and deeply committed to forging communities based on shared values, activists in this movement developed a fresh, philosophy and style of politics that shaped the thinking of a new generation of activists. Driven by a vision of an ecologically balanced, nonviolent, egalitarian society, they engaged in political action through affinity groups, made decisions by consensus, and practiced mass civil disobedience.

The nonviolent direct action movement galvanized originally in opposition to nuclear power, with the Clamshell Alliance in New England and then the Abalone Alliance in California leading the way. Its influence soon spread to other activist movements—for peace, non-intervention, ecological preservation, feminism, and gay and lesbian rights.

Epstein joined the San Francisco Bay Area's Livermore Action Group to protest the arms race and found herself in jail along with a thousand other activists for blocking the road in front of the Lawrence Livermore Laboratory. She argues that to gain a real understanding of the direct action movement it is necessary to view it from the inside. For with its aim to base society as a whole on principles of egalitarianism and nonviolence, the movement sought to turn political protest into cultural revolution.

Barbara Epstein is Professor, History of Consciousness, University of California, Santa Cruz, and the author of The Politics of Domesticity: Women, Evangelism and Temperance in Nineteenth-CenturyAmerica (1981).

1. Protest in the 1960s and 1980s: The Blocked Cultural Revolution
2. The Clamshell Alliance: Consensus and Utopian Democracy
3. The Abalone Alliance: Anarcha-Feminism and the Politics of Prefigurative Revolution
4. The Livermore Action Group: Direct Action and the Arms Race
5. Feminist Spirituality and Magical Politics
6. The Religious Community: Mass Politics and Moral Witness
7. Radical Politics in Late Capitalist Society 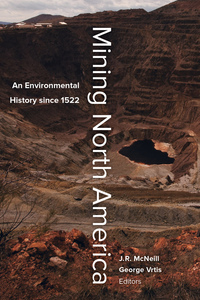