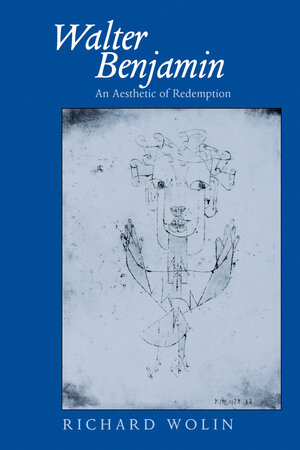 Walter Benjamin An Aesthetic of Redemption

Few twentieth-century thinkers have proven as influential as Walter Benjamin, the German-Jewish philosopher and cultural and literary critic. Richard Wolin's book remains among the clearest and most insightful introductions to Benjamin's writings, offering a philosophically rich exposition of his complex relationship to Adorno, Brecht, Jewish Messianism, and Western Marxism. Wolin provides nuanced interpretations of Benjamin's widely studied writings on Baudelaire, historiography, and art in the age of mechanical reproduction. In a new Introduction written especially for this edition, Wolin discusses the unfinished Arcades Project, as well as recent tendencies in the reception of Benjamin's work and the relevance of his ideas to contemporary debates about modernity and postmodernity.

Richard Wolin is Distinguished Professor of History and Political Science at the CUNY Graduate Center. His books include The Politics of Being: The Political Thought of Martin Heidegger (1990) and The Terms of Cultural Criticism: The Frankfurt School, Existentialism, Poststructuralism (1992).

"The newcomer to Benjamin's work is here in excellent hands."

"A highly successful intellectual biography of Walter Benjamin . . . making an original argument concerning the works and addressing directly the issues raised by Benjamin that are still very much alive in our own time."—Theory and Society

Chapter Three
IDEAS AND THEORY OF KNOWLEDGE
Anti-Historicism
The Essay as Mediation Between Art and
Philosophical Truth
Constellation, Origin, Monad

Chapter Six
THE ADORNO-BENJAMIN DISPUTE
The Philosophical Rapprochement Between Benjamin
and Adorno in the Early 1930s
The Arcades Expose
Art and Mechanical Reproduction
Methodological Asceticism, Magic and Positivism
Beyond the Dispute