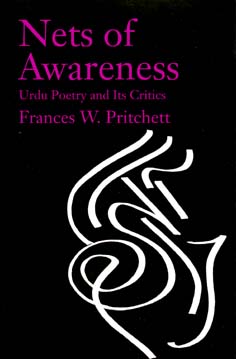 Nets of Awareness Urdu Poetry and Its Critics

Frances Pritchett's lively, compassionate book joins literary criticism with history to explain how Urdu poetry—long the pride of Indo-Muslim culture—became devalued in the second half of the nineteenth century.

This abrupt shift, Pritchett argues, was part of the backlash following the violent Indian Mutiny of 1857. She uses the lives and writings of the distinguished poets and critics Azad and Hali to show the disastrous consequences—culturally and politically—of British rule. The British had science, urban planning—and Wordsworth. Azad and Hali had a discredited culture and a metaphysical, sexually ambiguous poetry that differed radically from English lyric forms.

Pritchett's beautiful reconstruction of the classical Urdu poetic vision allows us to understand one of the world's richest literary traditions and also highlights the damaging potential of colonialism.