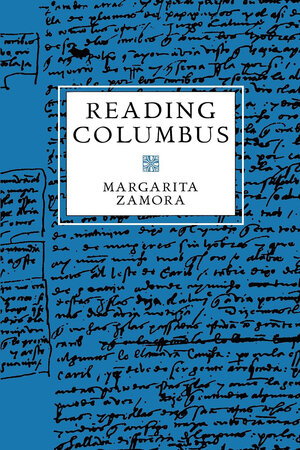 Christopher Columbus authored over a hundred documents, many of them letters giving testimony on the Discovery to Isabela and Ferdinand. In this first book in English to focus specifically on these writings, Margarita Zamora offers an original analysis of their textual problems and ideological implications. Her comprehensive study takes into account the newly discovered "Libro Copiador," which includes previously unknown letters from Columbus to the Crown.

Zamora examines those aspects of the texts that have caused the most anxiety and disagreement among scholars—questions concerning Columbus's destination, the authenticity and authority of the texts attributed to him, Las Casas's editorial role, and Columbus's views on the Indians. In doing so she opens up the vast cultural context of the Discovery. Exploring the ways in which the first images of America as seen through European eyes both represented and helped shape the Discovery, she maps the inception and growth of a discourse that was to dominate the colonizing of the New World.

Margarita Zamora is Associate Professor of Spanish at the University of Wisconsin, Madison, and the author of Language, Authority, and Indigenous History in the Comentarios Reales de los Incas (1988).