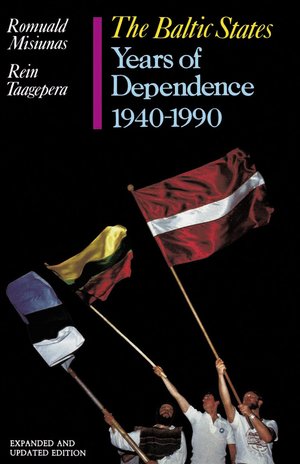 The Baltic States Years of Dependence, 1940-1990, Expanded and Updated Edition

In this updated edition of their renowned The Baltic States, Romuald Misiunas and Rein Taagepera bring the story of Lithuania, Latvia, and Estonia up to the 1990s. The authors describe and analyze how the Baltic nations survived fifty years of social disruption, language discrimination, and Russian colonialism. The nations' histories are fully integrated and compared, and some notable differences between them are pointed out.

With two new chapters, a revised preface, and an appendix on the end of Soviet domination, this expanded study covers a tumultuous period of political, economic, cultural, and ecological reform.

Romuald J. Misiunas is Senior Associate with Trumbull Associates, Ltd., and Foreign Consultant to the Parliament of the Republic of Lithuania. Rein Taagepera is Professor of Social and Political Science at the University of California, Irvine, and Dean of the School of Social Sciences at Tartu University in Estonia.