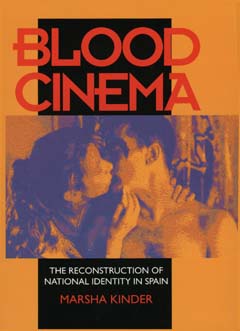 Blood Cinema The Reconstruction of National Identity in Spain

In this innovative synthesis of film history and cultural analysis, Marsha Kinder examines the films of such key directors as Buñuel, Saura, Erice, and Almodóvar, as well as works from the popular cinema and television, exploring how they manifest political and cultural tensions related to the production of Spanish national identity within a changing global context.

Concentrated on the decades from the 1950s to the 1990s, Kinder's work is broadly historical but essentially conceptual, moving backward and forward in time, drawing examples from earlier films and from works of art and literature, and providing close readings of a wide range of texts. Her questioning and internationalizing of the "national cinema" concept and her application of contemporary critical theory—especially insights from feminism, Marxism, psychoanalysis, cultural studies, and discourse theory—distinguish Blood Cinema from previous film histories. The author also makes use of a variety of sources within Spain such as the commentaries on Spanish character and culture by Unamunov and others, the contemporary debate over the restructuring of Spanish television.

Kinder's book moves Spanish cinema into the mainstream of film studies by demonstrating that a knowledge of its history alters and enriches our understanding of world cinema.

Marsha Kinder is Professor of Critical Studies in the School of Cinema-Television at the University of Southern California. Her most recent books are Playing With Power in Movies, Television, and Video Games (California, 1991) and Remapping the Post-Franco Cinema, a special issue of Quarterly Review of Film and Video (1991).

"This is the most complete, in-depth, sophisticated study of Spanish cinema available in any language."—Marvin D'Lugo, author of The Films of Carlos Saura

Introduction: Beyond the Boundaries of a National Cinema

PART II. THE REPRESENTATION OF VIOLENCE IN THE
SPANISH OEDIPAL NARRATIVE
4. Sacrifice and Massacre: On the Cultural Specificity of Violence
5. The Spanish Oedipal Narrative and Its Subversion

PART III. EXILE AND DIASPORA
6. Exile and Ideological Reinscription: The Unique Case of
Luis Bufiuel
7. The Economics of Exile: Borau On the Line of the
National/International Interface 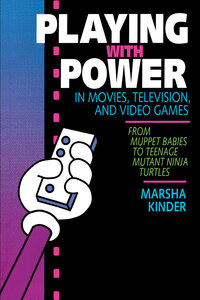 Playing with Power in Movies, Television, and Video Games