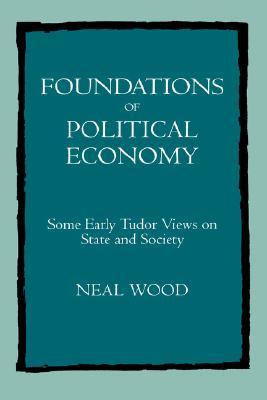 Conventional wisdom claims that the seventeenth century gave birth to the material and ideological forces that culminated in the Industrial Revolution and the rise of capitalism. Not true, according to Neal Wood, who argues that much earlier reformers—Dudley, Starkey, Brinklow, Latimer, Crowley, Becon, Lever, and Thomas Smith, as well as the better-known More and Fortescue—laid the groundwork by fashioning an economic conception of the state in response to social, economic and political conditions of England. Wood's innovative study of these early Tudor thinkers, who upheld the status quo yet condemned widespread poverty and suffering, will interest historians, political scientists, and social and political theorists.

Neal Wood is Professor Emeritus of Political Science at York University, Toronto. His books include Cicero's Social and Political Thought (1988), John Locke and Agrarian Capitalism (1984), and The Politics of Locke's Philosophy (1983), all published by California.