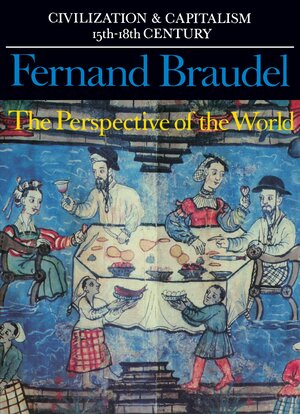 Civilization and Capitalism, 15th-18th Century, Vol. III The Perspective of the World

1 DIVISIONS OF SPACE AND TIME IN EUROPE

The world-economy and divisions of time
The rhythms of the 'conjuncture', Fluctuations
across a spatial sounding-board, The secular
trend, An explanatory chronology of the world
economies, Kondratieff cycles and the secular
trend, So - Can the long-term conjuncture be explained?,
Past and present.

The unexpected rise of Portugal; or from Venice to
Antwerp
The traditional explanation, New interpretations,
Antwerp: a world capital created by
outside agency, Stages in Antwerp's career,
Antwerp's first experience of expansion and disappointment,
Antwerp's second boom and slump,
Antwerp's industrial phase, The originality
of Antwerp.

Putting the record straight: the age of the Genoese
'A screen of barren mountains', Operating by
remote control, A balancing act, Genoa's
discreet rule over Europe, Reasons for the Genoese
success, The Genoese withdrawal,
Genoa survives, Back to the world-economy.

3 THE CITY -CENTRED ECONOMIES OF THE
EUROPEAN PAST: AMSTERDAM

The United Provinces: the economy begins at home
A strip of land, lacking in natural wealth, Agricultural
achievement, A high-voltage urban
economy, Amsterdam,  A variegated
population, Fisheries from the first, The
Dutch fleet, Can the United Provinces be· called
a 'state'?, Internal structures: little change,
Taxing the poor, The United Provinces and
the outside world, When business was king.

Traders to Europe, traders to the world
The seeds of success had all been sown by I585,
The rest of Europe and the Mediterranean,
The Dutch versus the Portuguese, or the art of the
takeover bid, The coherence of trade within the
Dutch Empire.

Success in Asia, lack of success in America
Struggle and success, The rise and fall of the
V.O.C., Why the collapse in the eighteenth
century?, Failure in the New World: the limits
of Dutch success.

World-domination and capitalism
What was good for the entrepot trade was good for
Amsterdam, Commodities and credit, The
commission trade, The acceptance trade,
The loans mania or the perversion of capital, A
change of perspective: away from Amsterdam,
The Baltic countries, France versus Holland: an
unequal struggle, England and Holland,
Outside Europe: the East Indies, Is it possible to
generalize?

Elements and compounds
A hierarchy of units, Provincial units and markets,
The nation-state, yes - but the national
market?, Internal customs barriers,
Against a priori definitions, The territorial economy
and the city-centred economy.

France: a victim of her size
Diversity and unity, 315- Natural and artificial links,
The primacy of politics, Was France
simply too big?, Paris plus Lyon, Lyon plus
Paris, Paris takes the crown, A plea for a
differential history, For and against the Rouen
-Geneva line, Border zones, coastal and continental,
The towns of 'the other France',
The French interior, The interior colonized by
the periphery.

England's trading supremacy
How England became an island, The pound
sterling, London creates the national market
and is created by it, How England became Great
Britain, England's greatness and the national
debt, From the Treaty of Versailles (1783) to the
Eden Treaty (1786), Statistics: a contribution
but not a solution.

5 FOR AND AGAINST EUROPE:
THE REST OF THE WORLD

The Americas; playing for the highest stakes of all
America's wide-open spaces: hostile but promising,
Regional or national markets, Patterns of
slavery, When the colonies worked for Europe,
When the colonies worked against Europe,
The conflict over industry, The English colonies
choose liberty, Competition and rivalry in
trade, The exploitation of America by Spain
and Portugal, Spanish America reconsidered,
The Spanish Empire taken in hand again,
The treasure of treasures, Neither feudalism
nor capitalism?

Black Africa: collaborator as well as victim?
The western half of Africa, Black Africa: isolated
yet accessible, From the coast to the interior,
The three-cornered traffic and its terms of
trade, The end of the slave trade.

The Russian world-economy: a world apart
The return of the Russian economy to quasi-autonomy,
A strong state, The yoke of serfdom
in Russia: an ever-increasing burden, The market
and rural society, A small-town society,
A world-economy - but what kind of world-economy?,
The invention of Siberia, Inferiorities
and weaknesses, The price of European
intrusion.

The Turkish Empire
The foundations of a world-economy, The scale
of European penetration of the Turkish Empire,
A land of caravans, Turkish waters: a wellprotected
sector, The merchants serving the
Ottoman Empire, Economic decadence, political decadence.

The Far East - greatest of all the world-economies
The fourth world-economy, India's self-inflicted
conquest, Gold and silver, strength or weakness?,
The European assault force: merchants
with a difference, Trading posts, factories,
supercargoes, How to get at the real history
of the Far East?, The villages of India,
Artisans and industry, A national market,
ro The Perspective of the World
The significance of the Mogul Empire, Political
and non-political reasons for the fall of the Mogul
Empire, India's decline in the nineteenth century,
India and China: caught in a superworld-
economy, Malacca's hour of glory,
The new centres of the Far East.

Is any conclusion possible?

6 THE INDUSTRIAL REVOLUTION AND
GROWTH

The industrial revolution in Britain, sector by sector
British agriculture, a crucial factor, The demographic
revival, Technology, a necessary but
probably not sufficient condition, Why the cotton
revolution should not be underestimated,
Victory in long-distance trade, The spread of
inland transport, The mills of history grind
exceedingly slow.

BY WAY OF CONCLUSION:
PAST AND PRESENT 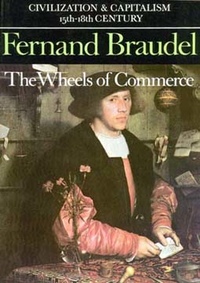 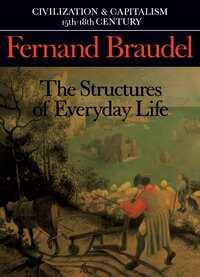