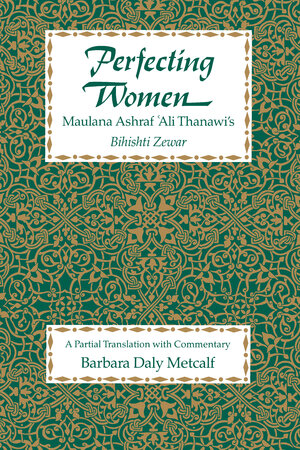 Challenging conventional notions about the place of women in Muslim societies, the Bihishti Zewar (Heavenly Ornaments) gives life to the themes of religious and social reform that have too often been treated in the abstract. This instructional guidebook, used by the world's largest population of Muslims, is a vital source for those interested in modern Indian social and intellectual history, in Islamic reform, and in conceptions of gender and women's roles.

The Bihishti Zewar was written in northern India in the early 1900s by a revered Muslim scholar and spiritual guide, Maulana Ashraf 'Ali Thanawi (1864-1943), to instruct Muslim girls and women in religious teachings, proper behavior, and prudent conduct of their everyday lives. In so doing, it sets out the core of a reformist version of Islam that has become increasingly prominent across Muslim societies during the past hundred years. Throughout the work, nothing is more striking than the extent to which the book takes women and men as essentially the same, in contrast to European works directed toward women at this time.

Its rich descriptions of the everyday life of the relatively privileged classes in turn-of-the-century north India provide information on issues of personality formation as well as on family life, social relations, household management, and encounters with new institutions and inventions. Barbara Metcalf has carefully selected those sections of the Bihishti Zewar that best illustrate the themes of reformist thought about God, the person, society, and gender. She provides a substantial introduction to the text and to each section, as well as detailed annotations.

Barbara Daly Metcalf is Dean, Division of Social Sciences, College of Letters and Science, and Professor of History at the University of California, Davis, and the editor of Making Muslim Space in North America and Europe

Preface
A Note on Translation
An Introduction to the Bihishti Zewar

1. Book One of the Bihishti Zewar

2.Book Six of the Bihishti Zewar: A Discussion of Custom by Category

3. Book Seven of the Bihishti Zewar: On Comportment and Character, Reward and Punishment

4. Book Eight of the Bihishti Zewar: Stories of Good Women

5. Book Ten of the Bihishti Zewar 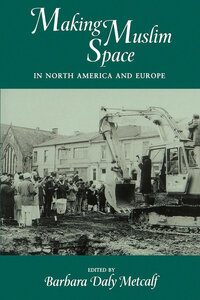