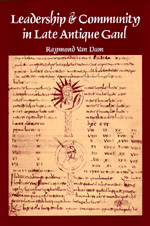 The rise of Christianity to the dominant position it held in the Middle Ages remains a paradoxical achievement. Early Christian communities in Gaul had been so restrictive that they sometimes persecuted misfits with accusations of heresy. Yet by the fifth century Gallic aristocrats were becoming bishops to enhance their prestige; and by the sixth century Christian relic cults provided the most comprehensive idiom for articulating values and conventions. To strengthen its appeal, Christianity had absorbed the ideologies of secular authority already familiar in Gallic society.

Raymond Van Dam is Associate Professor of History at the University of Michigan, Ann Arbor.