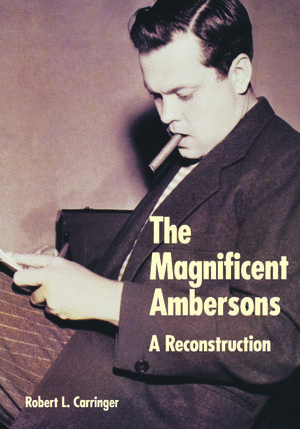 The Magnificent Ambersons A Reconstruction

Orson Welles considered The Magnificent Ambersons the crucial turning point in his career. He said, "They destroyed Ambersons and it destroyed me." In 1942, while Welles was away, RKO Studios drastically recut the completed film. None of that deleted footage is known to survive.

Now film scholar Robert Carringer has reconstructed Welles's own version of Ambersons, using all available surviving evidence including rare studio documents and the recollections of Welles himself and other original participants in the film.

Carringer reaches startling conclusions about where the responsibility for the film's undoing ultimately lies. His spellbinding—and no doubt controversial—book will be eagerly welcomed by film historians and enthusiasts.

Robert L. Carringer is Professor of English and Film at the University of Illinois, Urbana-Champaign, and author of The Making of Citizen Kane.

"Robert Carringer has done as much as is humanly possible to clear up myths and to correct misconceptions about Welles' flawed second film. Simultaneously, his book provides a model for preparing a textual edition of an important film which has existed in variable forms. For both reasons, The Magnificent Ambersons: A Reconstruction constitutes an important contribution to film history."—Film Quarterly

"The most complete scholarly work on the movie, The Magnificent Ambersons: A Reconstruction painstakingly details the movie as Welles envisioned it."—Vanity Fair

"An indispensable reference work. . . . Anyone with a serious interest in movies will want to have it."—James Naremore, author of Acting in the Cinema 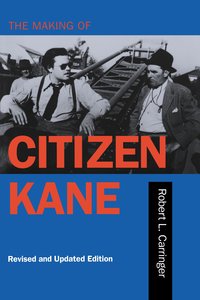