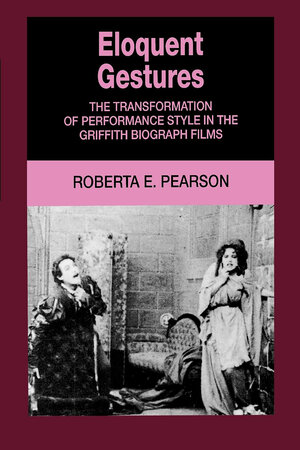 Between 1908 and 1913, D. W. Griffith played a key role in the reformulating of film's narrative techniques, thus contributing to the creation of what we now think of as the classical Hollywood cinema. This book is the only extensive treatment of a critical period in the history of film acting: the emergence of the realistic "verisimilar" style in Griffith's biograph films. Roberta Pearson shows how Griffith gradually abandoned the deliberately affected "histrionic" acting style derived from the nineteenth-century stage. No longer did actors mime distress by raising their arms to heaven or clutching their heads—a subtle facial expression, a slight change in posture would convey a character's extreme emotions instead.

Pearson makes detailed comparisons of certain Biograph films and brings a freshness to her analysis by closely examining contemporary journalistic writing, acting manuals, and the recollections of actors of the time. Her work is important for anyone interested in early cinema and performance, and it will enliven the study of American cultural history and mass communications.

Roberta E. Pearson is Assistant Professor at the Annenberg School of Communication at the University of Pennsylvania. She is co-editor of The Many Lives of the Batman: Critical Approaches to a Superhero and his Media (1991) and co-author of a forthcoming book dealing with the cultural and social contexts of the Vitagraph Studio's high-art moving pictures.

"Pearson writes beautifully, clearly, and entertainingly (with a touch of sardonic sarcasm here and there). This is the single best work centering on performance in film that I have read."—Thomas Gunning, author of D. W. Griffith and the Origins of American Narrative Film