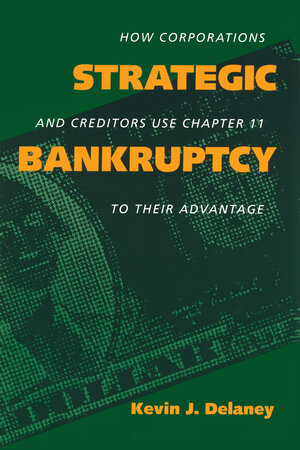 In 1982 Johns-Manville, a major asbestos manufacturer, declares itself insolvent to avoid paying claims resulting from exposure to its products. A year later, Continental Airlines, one of the top ten carriers in the United States, claims a deficit when the union resists plans to cut labor costs. Later still, oil powerhouse Texaco cries broke rather than pay damages resulting from a courtroom defeat by archrival Pennzoil.

Bankruptcy, once a term that sent shudders up a manager's spine, has now become a potent weapon in the corporate arsenal. In his timely and challenging study, Kevin Delaney explores this profound change in our legal landscape, where corporations with billions of dollars in assets employ bankruptcy to achieve specific political and organizational objectives. As a consequence, bankruptcy court is rapidly becoming an arena in which crucial social issues are resolved: How and when will people dying of asbestos poisoning be compensated? Can companies unilaterally break legally negotiated labor contracts? What are the ethical and legal rules of the corporate takeover game?

In probing the Chapter 11 bankruptcies of Johns-Manville, Frank Lorenzo's Continental Airlines, and Texaco, Delaney shows not only that bankruptcy is pursued by managers more and more as a strategy, but that it is becoming accepted by the business community as a viable option, and not just a last-ditch solution.

"Delaney has set himself a task fit for a hero. . . . With the skills of a sociologist and the patience of a scholar, he offers a perspective on corporate restructuring that is bound to change our thinking for years to come."—John D. Ayer, University of California, Davis, and former U.S. Bankruptcy Judge

"A fine honed assessment of how companies have come to turn the classic event of corporate failure into a strategy for success. . . . A riveting account of one of the corporate arsenal's newest and most ironic weapons."—Michael Useem, University of Pennsylvania

"A potent antidote for the idea that bankruptcy is just a form of housekeeping performed by efficient markets. . . . Delaney brings into sharp relief the strategic and political determinants of corporate bankruptcy that we must understand to have a clear picture of business in the 90s."—Mark Granovetter, SUNY, Stonybrook

"An engaging and powerful analysis of the changing uses of corporate bankruptcy. . . . For anyone who neded convincing that statutes and cases aren't all there is to law, this book should provide ample evidence. Delaney creates a compelling portrait of the inner workings of corporate America and shows how a legal tool designed to shield troubled companies has become a multi-purpose weapon in battles over corporate power."—Kim Lane Scheppele, University of Michigan 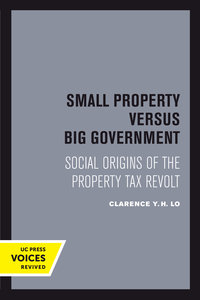