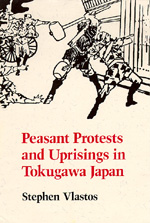 The Japanese peasant has been thought of as an obedient and passive subject of the feudal ruling class. Yet Tokugawa villagers frequently engaged in unlawful and disruptive protests. Moreover, the frequency and intensity of the peasants' collective action increased markedly at the end of the Tokugawa period. Stephen Vlastos's examination of the changing patterns of peasant protest in the Fukushima area shows that peasant mobilization was restricted both ideologically and organizationally and that peasants did not become a prime moving force in the Meiji Restoration.

Stephen Vlastos is Professor of History at the University of Iowa. 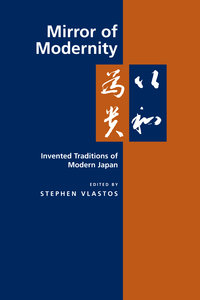