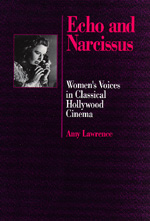 Do women in classical Hollywood cinema ever truly speak for themselves? In Echo and Narcissus, Amy Lawrence examines eight classic films to show how women's speech is repeatedly constructed as a "problem," an affront to male authority. This book expands feminist studies of the representation of women in film, enabling us to see individual films in new ways, and to ask new questions of other films.

Using Sadie Thompson (1928), Blackmail (1929), Rain (1932), The Spiral Staircase, Sorry,Wrong Number, Notorious, Sunset Boulevard (1950) and To Kill a Mockingbird (1962), Lawrence illustrates how women's voices are positioned within narratives that require their submission to patriarchal roles and how their attempts to speak provoke increasingly severe repression. She also shows how women's natural ability to speak is interrupted, made difficult, or conditioned to a suffocating degree by sound technology itself. Telephones, phonographs, voice-overs, and dubbing are foregrounded, called upon to silence women and to restore the primacy of the image.

Unlike the usage of "voice" by feminist and literary critics to discuss broad issues of authorship and point of view, in film studies the physical voice itself is a primary focus. Echo and Narcissus shows how assumptions about the "deficiencies" of women's voices and speech are embedded in sound's history, technology, uses, and marketing. Moreover, the construction of the woman's voice is inserted into the ideologically loaded cinematic and narrative conventions governing the representation of women in Hollywood film.

Amy Lawrence is Assistant Professor of Drama and Film Studies at Dartmouth College. 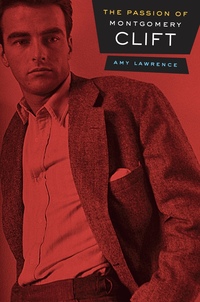