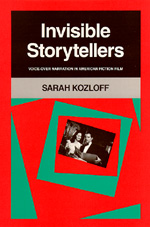 "Let me tell you a story," each film seems to offer silently as its opening frames hit the screen. But sometimes the film finds a voice—an off-screen narrator—for all or part of the story. From Wuthering Heights and Double Indemnity to Annie Hall and Platoon, voice-over narration has been an integral part of American movies.

Through examples from films such as How Green Was My Valley, All About Eve, The Naked City, and Barry Lyndon, Sarah Kozloff examines and analyzes voice-over narration. She refutes the assumptions that words should only play a minimal role in film, that "showing" is superior to "telling," or that the technique is inescapably authoritarian (the "voice of god"). She questions the common conception that voice-over is a literary technique by tracing its origins in the silent era and by highlighting the influence of radio, documentaries, and television. She explores how first-person or third-person narration really affects a film, in terms of genre conventions, viewer identification, time and nostalgia, subjectivity, and reliability. In conclusion she argues that voice-over increases film's potential for intimacy and sophisticated irony.

Sarah Kozloff is Professor and Chair of film studies at Vassar College, and has published articles in Film Quarterly, Cinema Journal, and Film/Literature Quarterly. 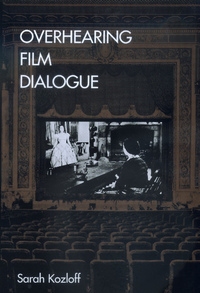