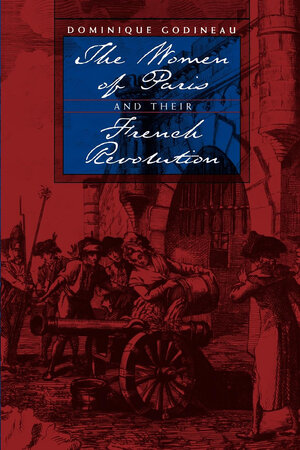 The Women of Paris and Their French Revolution

During the French Revolution, hundreds of domestic and working-class women of Paris were interrogated, examined, accused, denounced, arrested, and imprisoned for their rebellious and often hostile behavior. Here, for the first time in English translation, Dominique Godineau offers an illuminating account of these female revolutionaries. As nurturing and tender as they are belligerent and contentious, these are not singular female heroines but the collective common women who struggled for bare subsistence by working in factories, in shops, on the streets, and on the home front while still finding time to participate in national assemblies, activist gatherings, and public demonstrations in their fight for the recognition of women as citizens within a burgeoning democracy.

Relying on exhaustive research in historical archives, police accounts, and demographic resources at specific moments of the Revolutionary period, Godineau describes the private and public lives of these women within their precise political, social, historical, and gender-specific contexts. Her insightful and engaging observations shed new light on the importance of women as instigators, activists, militants, and decisive revolutionary individuals in the crafting and rechartering of their political and social roles as female citizens within the New Republic.

I. PARISIAN LIFE IN THE FRENCH REVOLUTION
1. Passersby
2. Family Relations of Women of the People
3. Women at Work
II. ASPIRING CITIZENS
4. Birth of the Female Sansculottes Movement, 1789-1793
5. Women as Guardians of the Nation
6. Light and Shadows, Summer 1793
7. Citizenship Denied, Autumn 1793
8. The Search for Basic Necessities, January-July 1794
III. REVOLUTIONARY DAILY LIFE OF WOMEN OF THE PEOPLE
9. Political Culture and Female Sociability 197
10. Political Mentalite and Behavior of Women of the People
11. At the Margins of the Revolution
12. Sexual Difference and Equal Rights
IV. A MASS WOMEN'S MOVEMENT
13. From the Militant Woman to Crowds of Women, November 1794-March 1795
14. Firebrands, April-May 1795
15. "Bread and the Constitution"
16. Women's Silence

Appendixes
1. Chronology of the Revolution
2. Sections of Paris
3. Portraits of Militant Women
Index