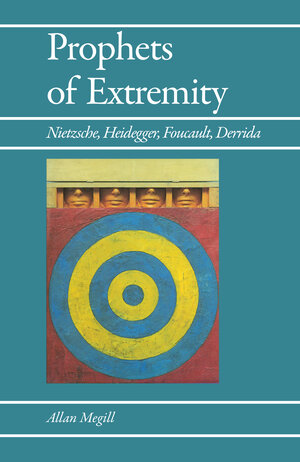 In this book, the author presents an interpretation of four thinkers: Nietzsche, Heidegger, Foucault, and Derrida. In an attempt to place these thinkers within the wider context of the crisis-oriented modernism and postmodernism that have been the source of much of what is most original and creative in twentieth-century art and thought.

Allan Megill is professor of history at the University of Virginia. He is the author of Prophets of Extremity: Nietzsche, Heidegger, Foucault, Derrida and Karl Marx: The Burden of Reason (Why Marx Rejected Politics and the Market), and editor of Rethinking Objectivity.

"The 'extremities' of the four thinkers anatomized in this lucid, learned and commendably skeptical study--Friedrich Nietzsche, Martin Heidegger, Michel Foucault and Jacques Derrida--are crises. But they are crises of a very different order from those we would freely acknowledge to define our present condition: economic, environmental, moral, political. In the frantic self-portrait titled 'Ecce Homo,' Nietzsche warns of 'a crisis without equal on earth . . . against everything that had been believed, demanded, hallowed so far.' In a late interview, Heidegger said, 'Only a god can save us.' . . . Save us from what, for what? Allan Megill, an associate professor of history at the University of Iowa, is fascinated by the cataclysmic diagnosis of his four extremists, but also dubious."--Arthur C. Danto, New York Times