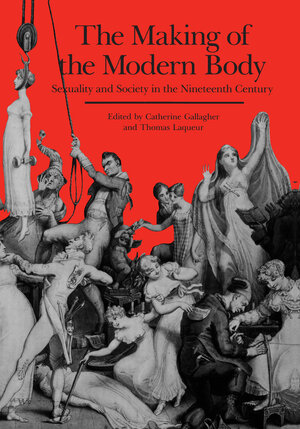 Scholars have only recently discovered that the human body itself has a history. Not only has it been perceived, interpreted, and represented differently in different epochs, but it has also been lived differently, brought into being within widely dissimilar material cultures, subjected to various technologies and means of control, and incorporated into different rhythms of production and consumption, pleasure and pain. The eight articles in this volume support, supplement, and explore the significance of these insights. They belong to a new historical endeavor that derives partly from the crossing of historical with anthropological investigations, partly from social historians' deepening interest in culture, partly from the thematization of the body in modern philosophy (especially phenomenology), and partly from the emphasis on gender, sexuality, and women's history that large numbers of feminist scholars have brought to all disciplines.

Catherine Gallagher is the Eggers Professor of English Literature and has taught at Berkeley 1980. Her teaching and research focus on the British novel and cultural history in the eighteenth and nineteenth centuries.

"The body in its cultural context has become a rich topic for interdisciplinary studies. . . . brings together theoretically sophisticated and empirically revealing contributions that present the most advanced work in this new field."--Hayden White

THOMAS LAQUEUR
Orgasm, Generation, and the Politics
of Reproductive Biology

LONDA SCHIEBINGER
Skeletons in the Closet: The First
Illustrations of the Female Skeleton in
Eighteenth-Century Anatomy

D. A. MILLER
Cage aux folles: Sensation and Gender in
Wilkie Collins's The Woman in White

MARY POOVEY
"Scenes of an Indelicate Character":
The Medical "Treatment"
of Victorian Women

ALAIN CORBIN
Commercial Sexuality in NineteenthCentury
France: A System of Images
and Regulations

CHRISTINE BUCI-GLUCKSMANN
Catastrophic Utopia: The Feminine
as Allegory of the Modern