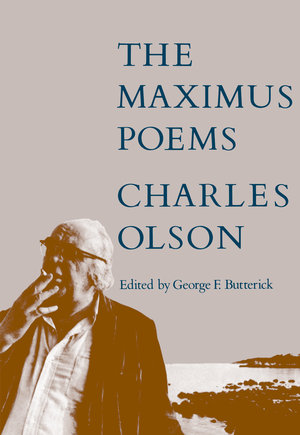 Praised by his contemporaries and emulated by his successors, Charles Olson (1910-1970) was declared by William Carlos Williams to be "a major poet with a sweep of understanding of the world, a feeling for other men that staggers me." This complete edition brings together the three volumes of Olson's long poem (originally published in 1960, 1968, and 1975) in an authoritative version.

George F. Butterick had a long familiarity with Olson's writings. He studied with the poet at the State University of New York at Buffalo, prepared the definitive Guide to "The Maximus Poems" of Charles Olson, and served as Curator of Literary Archives at the University of Connecticut (Storrs), which houses Charles Olson's papers.