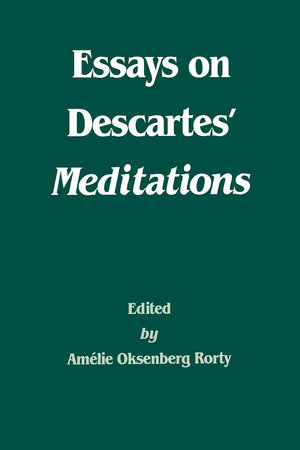 The essays in this volume form a commentary on Descartes' Meditations. Following the sequence of the meditational stages, the authors analyze the function of each stage in transforming the reader, to realize his essential nature as a rational inquirer, capable of scientific, demonstrable knowledge of the world. There are essays on the genre of meditational writing, on the implications of the opening cathartic section of the book on Descartes' theory of perception and his use of skeptical arguments; essays on the theory of ideas and their role of Descartes' reconstructive analytic method; essays on the proofs for the existence of God, on the role of the will in the formation and malformation of judgments; and the essays on the foundations of the science of extension and on Descartes' account of the union of mind and body.

Amelie Oksenberg Rorty is Professor of Philosophy at Rutgers University.

1. The Structure of Descartes' Meditations
AMELIE OKSENBERG RORTY
2. The Naive Narrator: Meditation in Descartes' Meditations
L. ARYEH KOSMAN
3. The Senses and the Fleshless Eye: The Meditations as Cognitive Exercises
GARY HATFIELD
4. Semel in vita: The Scientific Background to Descartes' Meditations
DANIEL GARBER
5. Descartes and the Metaphysics of Doubt
MICHAEL WILLIAMS
6. Descartes and the Problem of Other Minds-
GARETH B. MATTHEWS
7. Analysis in the Meditations: The Quest for Clear and Distinct Ideas
E. M. CURLEY
8. The Theory of Ideas
VERE CHAPPELL
9. The Second Meditation and the Essence of the Mind
JOHN P. CARRIERO
10. Meaning and Objective Being: Descartes and His Sources
CALVIN NORMORE
11. Is There Radical Dissimulation in Descartes' Meditations?
LOUIS E. LOEB
12. On the Complementarity of Meditations III and V: From the "General Rule" of Evidence
to "Certain Science"
GENEVIEVE Roms-LEWIS
13. The Essential Incoherence of Descartes' Definition of Divinity
JEAN-LUC MARION
14. Can I Be the Cause of My Idea of the World? (Descartes on the Infinite and Indefinite)
MARGARET D. WILSON
15. The Idea of the True God in Descartes
ANNETTE BAIER
16. Confused and Obscure Ideas of Sense
MARTHA BOLTON
17. Will and the Theory of Judgment
DAVID M. ROSENTHAL
18. ObjectumP uraeM atheseos:M athematical Construction and the Passage from Essence
to Existence
DAVID R. LACHTERMAN
19. The Status of Necessity and Impossibility in Descartes
HIDE ISHIGURO
20. Descartes: "All Things Which I Conceive Clearly and Distinctly in Corporeal Objects
Are in Them"
RUTH MATTERN
21. Why Was Descartes a Foundationalist?
FREDERICK F. SCHMITT
22. Cartesian Passions and the Union of Mind and Body
AMELIE OKSENBERG RORTY 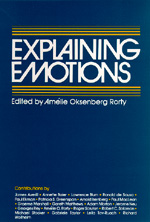 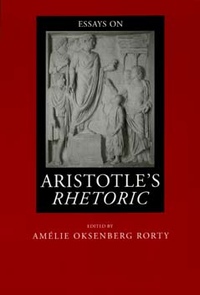 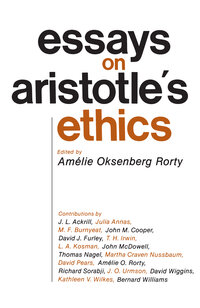