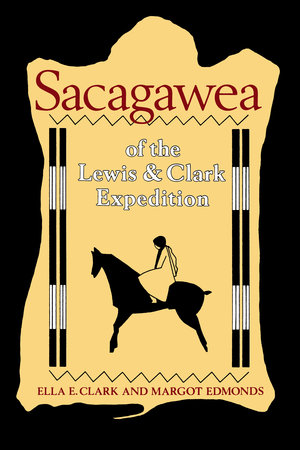 Sacagawea of the Lewis and Clark Expedition

This carefully researched historical account separates the verifiable facts about Sacagawea from the extensive legend. It provides a readable, credible account of Sacagawea coping with the incredible hazards of the journey, caring fo her child, dealing with her half-breed husband, and aiding the expedition with her survival knowledge, pluck, and constancy.

The authors have unearthed new documentary evidence which enables them to trace Sacagawea's later life until her death, and to locate her burial spot. They also tell how the Sacagawea legend was deliberately created, and show how it became so widely accepted. Nontheless, this is not a "debunking" study. Sacagawea, seen in the light of accurate history rather than legend, remains an intriguing and inspiring figure in our past.

Ella E. Clark (1896-1984) was Professor Emeritus of English, Washington State University, and the author of Indian Legends of the Pacific Northwest and Indian Legends from the Northern Rockies. Margot Edmonds is a writer and editor.

"The authors of this meticulous study have done Sacagawea a service by restoring her accomplishments to human proportions and by replacing much nonsense with many fine, and factual, details."—New Yorker

"Clark and Edmonds have used archival and published studies to gather all available material on the legendary Indian maiden who accompanied the Lewis and Clark Expedition. By careful examination of these materials the authors describe the very real contributions Sacagawea made to the success of the Expedition and trace the development of the legend which gradually transformed and magnified her role. . . . Neither unduly adulatory or revisionist, this is a story which old and young, historian or buff, will enjoy and profit from."—Pacific Historia

"The story of Sacagawea has the kind of mystery about it that insures that it will be with us forever. . . . [This book] brings the great Shoshoni women alive as a rare human being for any culture at any time."—Westways

Part II. Sacagawea in Historical Perspective
10. Nearly a Century of Neglect
11. A Legend Begins: Sacagawea Becomes "the Guide"
12. Sacagawea, a Controversial Figure
13. Some of the Eastman's Discoveries
14. Sacagawea on the Wind River Reservation
15. Finn Burnett's Recollections of Sacagawea
16. The Aged Sacagawea