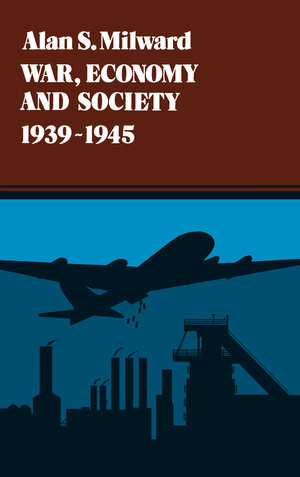 "This remarkable book should be the standard work for a long time. A true comparative study, it relates the experience of all the main countries (and sometimes others) to a series of key issues that are deftly analyzed and not just described. In addition to the basics--production, consumption, food, finance and organization--the book deals with such famous themes as war as the bringer-of-growth and stimulus-to-technology, and such special questions as the exploitation of occupied areas and economic warfare. Throughout, Professor Milward of Manchester relates economics to strategy in an illuminating way."--Foreign Affairs "An admirable state-of-the-arts report on what we know about how agriculture, population, technology, labor, industrial production, and public finance were affected by the war. He also sets out some highly challenging findings concerning the rationale and effectiveness of economic strategy as applied b the main powers. And he has tentatively advanced some large concepts about the nature of advanced economies as revealed by the manner in which they strove to cope with the war. His approach is broadly comparative: he gives us an account not only of the relative economic performance of individual European powers, but also of the Japanese and American war economies, plus a few observations on the situation in many smaller countries from Australia to Yugoslavia. The book is a mine of information and arresting concepts."--American Historical Review "Milward displays an impressive mastery of his material, both from a historical and economic point of view. He uses quantification effectively, but the book can be read with ease and pleasure by those who are neither trained in nor interested in econometrics. Lucidly written, this superb work deserves a much wider audience than merely specialists."--Journal of Economic Literature "Milward's portrayal of events operates on the proposition that strategic deicions cannot be understood apart from the economic considerations which each leader or government had to take into account. . . . a permanent contribution to our understanding of World War II. Henceforth it will be hard to escape his contention that the big battalions that counted were those on the production line."--Journal of Interdisciplinary History

Preface to the English Edition
1 War as Policy
2 The Economy in a Strategic Synthesis
3 The Productive Effort
4 The Direction of the Economy
5 The Economics of Occupation
6 War, Technology and Economic Change
7 War, Population and Labour
8 War, Agriculture and Food
9 Economic Warfare
10 Reconstruction of the International Economy
Bibliography
Index