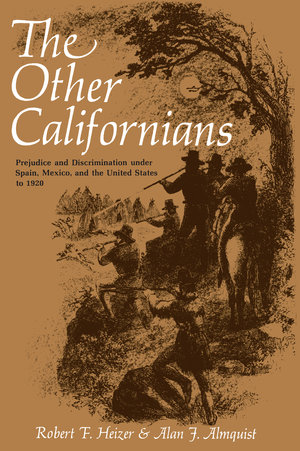 The Other Californians Prejudice and Discrimination under Spain, Mexico, and the United States to 1920

About the Second Printing:The authors have taken the opportunity presented by the second printing of this book to make a very few changes in the text. We became conscious, after the book was published, of occasionally imposing on the reader our own emotional reactions, and it is these subjective expressions which we have modified or deleted. A collection of 168 documents in the form of official letters from military personnel, Indian Agents, and unsigned articles in California newspapers dating from 1847 to 1865 dealing with the treatment of California Indians will be published shortly by the Peregrine Press of Santa Barbara. These documents will provide some of the original material which was used in writing The Other Californians and may, therefore, be looked on as a companion volume. From the Preface to the first printing:It is the authors' hope to provide in this book a social history of non-Anglo ethnic groups in California's past as illustrated by attitudes of prejudice and acts of discrimination directed against these groups. Historians have been aware that racial prejudice was displayed by California whites, but in general they have treated the subject as though it was an unimportant one, perhaps because race prejudice in the last century was not always considered inhumane in the collective conscience of Americans. We have drawn our information from many sources, and we have quoted liberally in the belief that the wording of the original accounts illustrate the atmosphere of the times much more objectively and forcefully than anyone could describe it. Long documents have not been incorporated into the text, but have been collected at the end in a separate section.

Robert Fleming Heizer (July 13, 1915 – July 18, 1979) was an archaeologist who conducted extensive fieldwork and reporting in California, the Southwestern United States, and the Great Basin.

"'No more sorry record exists in the Union of inhuman and uncivil treatment toward minority groups than in California,' conclude anthropologists Heizer and Almquist. Chief victims were the Indian Americans whose humanity was denied by Mexicans and Spaniards before American rule and by white Americans thereafter .... The book is a rare and realistic examination of American racism at work. It should be placed in the hands of every American who questions the reality of American racism."--Race and Schools "The atrocious treatment of non-Caucasian in California-Indians, Mexicans, Chinese, Japanese and Nqroes-prior to 1920, is the subject matter of an important book that bears the mild title of The Other Colifornions, though it has a subtitle of 'Prejudice and Discrimination under Spain. Mexico, and the United States to 1920.' The authors are anthropologists Robert F. Heizer and Alan J. Almquist. The savage story is told largely by documentation from newspaper articles and editorials, war Department reports. records of legislative debates, personal correspondence and transcripts of legal proceedings.''--Westways "This is an interesting and needed study by two anthropologists of the University of California which is concerned with five minorities and their quite shameful treatment by Californians in the Golden State. Much of what one reads here is well known to students of California's past because it is writ large in the historical record. The chief merit of this volume would seem to be that it brings together many things for which one would have to search in various written and other sources."--The Catholic History Review "Perhaps the most significant contribution of Heizer and Almquist is the plentiful documentary material placed at the disposal of the reader. Much of the book is a collection of original quotations. interspersed with short commentaries or descriptions by the authors. an intriguing. if not a reflective, approach. The authors added a notable documents section at the end of the book which further demonstrates the bias of Californians during Spanish, Mexican, and United States domination."--Journal of the West "California history traditionally has been treated from a white European or Anglo-American perspective. Historians have concentrated primarily on those conquered and ruled rather than on those who were subject to colonial control, economic exploitation, and racial prejudice. In the process, historians unwittingly have denied many Californians an important part of their humanity, for no state in the Union has a richer heritap of multi-ethnic experience than California. Robert Heizer and Alan Almquist have made a major effort to overcome these omissions with a book on 'the other Californians,' those of Indian, Mexican, Chinese, Japanese, and Afro-American ancestry." --Pacific Historical Review 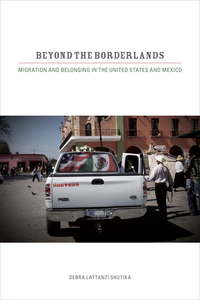