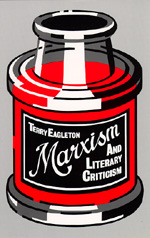 Marxist literary criticism is becoming increasingly important in Europe as a whole, and interest in the subject is rapidly growing in this country. In this book, Dr. Eagleton analyses the major issues that the subject presents, discussing the writing of Marx and Engels themselves and the work of such critics as Plekhanov, Trotsky, Lenin, Lukacs, Goldmann, Caudwell, Benjamin and Brecht. They are seen from four viewpoints central to Marxist thought: the relation of literature to history, the problem of 'form' and 'content' in literature, the question of literature and political commitment, and the importance of production and technology in art. Dr. Eagleton's exploration of these critical stances throws useful light on the connection between the Marxist approach and structuralism. The author stresses, however, that Marxist criticism cannot be seen simply in academic terms. In his preface he rejects the illusion of 'neutrality' in such a field, and writes: 'Marxist criticism is part of a larger body of theoretical analysis which aims to understand ideologies--the ideas, values and feelings by which men experience their societies at various times. And certain of those ideas, values and feelings are available to us only in literature. To understand ideologies is to understand both the past and the present more deeply, and such understanding contributes to our liberation.' Dr. Eagleton shows the part that Marxist criticism has to play in defining the crucial link between literature and historical conditions, and in so doing has produced a book that is both constructive and committed.

"Far and away the best short introduction to Marxist criticism (both history and problems) which I have seen."--Fredric R. Jameson
"Terry Eagleton is that rare bird among literary critics--a real writer."--Colin McCabe, The Guardian

1. Literature and History
2. Form and Content
3. The Writer and Commitment
4. The Author as Producer