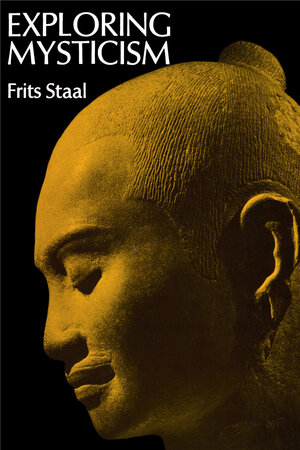 Until less than a century ago, the two prevailing views of dreams as well as of souls were that they are inconsequential (the scientific view) or of divine origin (the religious view). In either case it was assumed that they cannot be objects of rational inquiry. Similar views still prevail regarding mystical experiences and mysticism in general. Modern Western opinion, whether friendly or hostile, holds that the mystical falls squarely within the domain of the irrational.

Mr. Staal argues that mysticism can be studied rationally, and that without such study no theory of mind is complete. He exposes the grounds for the belief that mysticism cannot be studied, and shows them to be prejudices issuing from a particular historical development. While his contention has unflattering implications for the contemporary study of the humanities in general, it reveals in particular that existing academic approaches to the study of mysticism, even those that appear sound, are in fact inadequate. This conclusion applies to a variety of dogmatic inquiries and, as becomes clear in these pages, to philological, historical, phenomenological, sociological, physiological, and psychological ones as well.

The illustrations in Exploring Mysticism are drawn mainly from Indian forms of mysticism such as Yoga, supplemented with Buddhist, Taoist, Muslim and Christian examples.