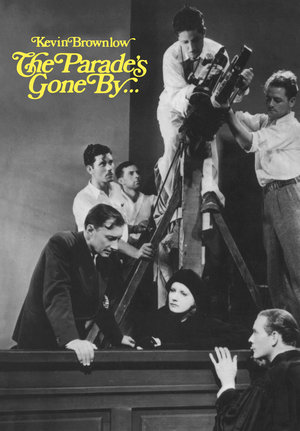 The Parade's Gone By

The magic of the silent screen, illuminated by the recollections of those who created it.

They speak in this book––the pioneering directors (Henry King, Clarence Brown, William Wellman), the stars and producer-stars (Harold Lloyd, Mary Pickford, Geraldine Farrar, Gloria Swanson), the cameramen, the film editors, the creative giants of the silent screen who, flying by the seat of their pants, improvised their films on location, evolved––indeed invented––the techniques and concepts that we take for granted today. With frames and photographs you've never seen before, with pungently alive firsthand recollections, The Parade's Gone By... re-creates the earliest days of the movies, how the first moving pictures were actually shot, how the first film makers responded to the new medium untrammeled by rules and conventions––and turned a crude, fumbling gimmick into art.

Kevin Brownlow is a British film historian, television documentary-maker, filmmaker, author, and film editor. He is best known for his work documenting the history of the silent era.

"Not since Terry Ramsaye's memorable A Million and One Nights was published back in 1926 have the colorful early days of the movies . . . been re-created and freshly documented with such flair and fervor. . . . The book is a must for movie buffs."

"Brownlow is also a fanatical historian and an eloquent writer. The resulting combination of scholarship, first­ hand knowledge and superbly articulated passion is rarein books about movies (or about anything else). Brownlow's book is a fascinating compilation of stills, reminiscences, and facts. It is a perceptive and indeed definitive account of the silent era , and an artist's notably eloquent eulogy to a generation of artists who went before him. It takes a permanent place on anyone's shelf of books about the movies."

"By doing the digging that most American cinema historians avoid or  minimize, [Brownlow] has offered us a whole new range of contributors to film-making."—Cinema Journal

"The surprise of this book dealing with film history is that it is gripping reading. One hopes it may be absorbing reading also for those who have yet to discover the wonders of the silent film."—AV Communication Review

"Though silent film was no more than 40 years past when this rich, fascinating survey of its history was published, it felt as ancient then to many budding cinephiles as it does to those today. Brownlow’s book, with its phenomenal interweaving of facts, anecdotes, interviews, and stunning array of pictures made what seemed dated and passe fresh and demanding to be experienced. Few books on cinema have ever made the movies they covered come alive as much as here to those who have not yet seen them. Among its achievements was the rediscovery of the mostly forgotten French pioneer Abel Gance."—IndieWire