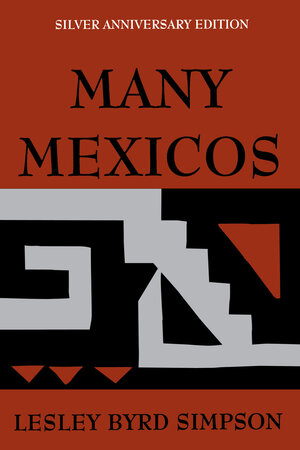 Perhaps no country's history is as fascinating and perplexing as that of Mexico. "Mother Mexico," land of paradox, of contradiction and extreme--these are the strands that Lesley Byrd Simpson weaves into a unified fabric in presenting the country's history. First published in 1941, Many Mexicos was awarded the Commonwealth Club Gold Medal for Literature. Travelers, students, and all who delight in the adventure of narrative history have since treasured the volume for its clarity and readability. Now, completely revised, the Silver Anniversary Edition reflects the vast published output of these past twenty-five years on the history of Mexico. Some chapters have been enlarged, others corrected. A map of Mexico showing political subdivisions is now included, and, in general, new material has been added to document the author's controversial statement (and there are many). Bloody conquests and revolutions; men, good or evil; art, religion, and institutions brought from Spain or made in Mexico; topography and climate; the conflict of cultures and races; and finally, the emergence of Mexico into today's bewildering world--this in broad outline is the absorbing story Mr. Simpson so warmly presents.

"If there is one single book on the history and culture of Mexico which deserves reading above all others on this subject it is Lesley Byrd Simpson's. Many Mexicos is a comprehensive study written with wit and sympathy but without the extremes of either sentiment or pedantry." --Robert R. Kirsch, Los Angeles Times  "Simpson possesses the required gifts for writing about Mexico. His scholarship is generous. . . . He knows Mexico afoot and muleback, and he knows the Mexicans. He writes with color and humor. . . . As a result he brings to life almost everyone of importance from Cortes to Aleman." --Hubert Herring, Hispanic American Historical Review  "The tough-mindedness of the author of Many Mexicos produced a book that [seems] to me the most completely satisfying volume in English on any Latin-American country. . . .It is both sympathetic and critical. The enormous amount of information it contains has been thoroughly digested and trenchantly presented." --William Vogt, Hispanic American Historical Review 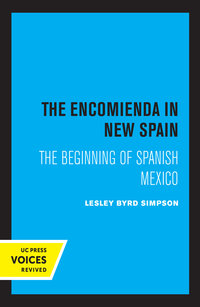 The Encomienda in New Spain 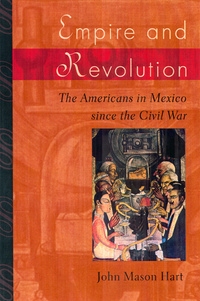