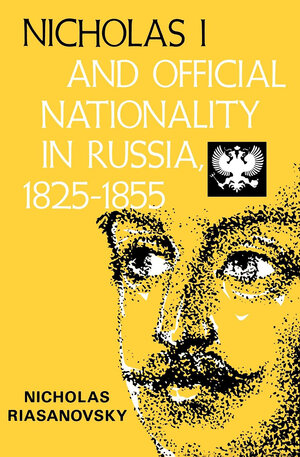 Nicholas I and Official Nationality in Russia, 1825 - 1855 developed from a much more modest interest in Uvarov's doctrine of "Orthodoxy, autocracy, and nationality." During the author's study of the Slavophiles in particular, he became increasing aware of the paucity of our knowledge of this so-called Official Nationality frequently combined with a deprecating attitude toward it. Unable to find a satisfactory analysis of the subject, the author proceeded to write his own. This book largely organized itself: an exposition and discussion of the ideology naturally occupied the central position, preceded by a brief treatment of its proponents. But Official Nationality reached beyond intellectual circles, lectures and books; indeed, for thirty years it ruled Russia. Therefore, the author found it necessary to write a chapter on the emperor who, in effect, personally dominated and governed the country throughout his reign; to add a section on the imperial family, the ministers, and some other high officials to an account of the intellectuals who supported the state; and to sketch the application of Official Nationalty both in home affairs and in foreign policy. In this manner this title is able to bring the state doctrine and its role in Russian history into proper focus.

Nicholas Valentine Riasanovsky (December 21, 1923 – May 14, 2011) was a professor at the University of California, Berkeley and the author of numerous books on Russian history and European intellectual history.