Running Fence, Christo and Jeanne-Claude’s outdoor installation in Northern California, stood for just two weeks. Though many people traveled to the isolated farmlands of 1970s Sonoma and Marin Counties to view Running Fence, its short existence ensured that relatively few people saw it in person. Considering Running Fence’s fiery conception, a four-year-long battle in which artists Christo and Jeanne-Claude faced the community’s contempt, outrage, and doubt, the mere two weeks that the completed fence stood might seem anticlimactic. But Running Fence is more than the sum of its parts.

Running Fence was nothing to balk at. Standing eighteen feet high and stretching for over twenty-four miles across the rolling hills of Northern California, it was imposing and majestic. Its white fabric ballooned in the wind and reflected light at a myriad of angles and shades, creating blinding, shimmering contours that cut through the land in lines at once soft and sharp.

Beyond its visual resplendence, the Fence is notable for opening a floodgate of interpretations and reactions. It conjures questions of ephemerality, intention, freedom, ownership, limitation, of what is deserving of the label “art,” and of the creative process.

Yet, for all the Fence’s artistic merits as a finished piece, for Christo and Jeanne-Claude, what made it art was not its arresting visual presence jutting through the countryside or any theoretical analysis it may have sparked. The artistic vision of Running Fence lies not only in the fence itself, but also in the long and arduous process of its creation.

Indeed, erecting the fence was no small feat. Contentious public hearings in which locals questioned the project’s artistic integrity, a 450-page environmental impact report, and multiple court sessions, not to mention its $3 million cost and the hundreds of laborers needed to complete its construction, all contributed to the difficulties through which Christo and Jeanne-Claude persevered.

Running Fence’s meaning is found in the journey, not its end. The completed Fence was only a part of a larger project. Christo and Jeanne-Claude had an uphill battle to fight, but in that struggle lies their art’s significance. In one of the public hearings that underscored the controversy behind Running Fence, Christo, quoted in Brian O’Doherty’s Christo and Jeanne-Claude, responds to the many vociferous and emphatic assertions that the Fence is not art, “The work is not only the fabric, the steel poles and the Fence. The art project is right now here. Everybody here is part of my work if they want it or don’t want it.” Despite Running Fence’s rough beginnings, or perhaps because of them, Christo and Jeanne-Claude embrace the Fence’s whole history, from concept to creation.

The Smithsonian American Art Museum exhibition and UC Press book Christo and Jeanne-Claude: Remembering The Running Fence pay homage to the artists’ notion that the immense struggle to build the Fence is that which earns it the title of a work of art. The exhibit and book showcase the painstaking preparation that went into designing the Fence, with beautiful drawings and mixed-media renderings of what was to come.

Portraits of some of the fifty-nine landowners that allowed the Fence to run through their private property lend a human face to the great level of collaboration Christo and Jeanne-Claude achieved. Photographs of the Fence’s construction reveal the magnitude of the undertaking. Stunning photographs of the completed project enable us to see what art historian Werner Spies, quoted in Christo and Jeanne-Claude, described as a “startling piece of calligraphy . . . a dreamy arabesque.” And photographs of Christo and Jeanne-Claude show the artists, giddy and determined, as their project progresses toward fruition. Through artifacts, essays, and testimonials from people that took part in creating Running Fence, the process continues, and we are made a part of it.

Running Fence may have stood for only two weeks, but its grandeur as an object and, moreover, as a testament to perseverance, courage, and belief, is enough to earn its permanence in our memories.

See a preview of the Smithsonian American Art Museum exhibition, which runs through September 26, in this Smithsonian Magazine video: 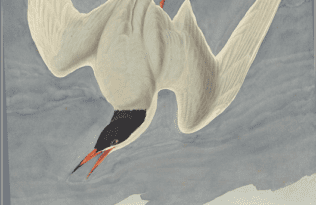