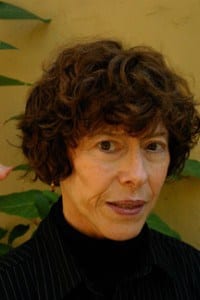 Distinguished poet and UC Press author Leslie Scalapino passed away on May 28, 2010. Robert Creeley said of her work: “Its formal authority is as brilliant as any I know.”

The author of many poetry books, Scalapino published her first, O and Other Poems, in 1976. UC Press published her selected poems, It’s go in horizontal, in 2008, and will publish Of Indigo and Saffron, Michael McClure’s new and selected poems, edited and with an introduction by Scalapino, this fall. In addition to her poetry, she is known for her plays, fiction, essays, and collaborative projects with artists, musicians, and dancers. She has published more than thirty books in all.

Her work and life were marked by compassion, dedication, and a search for truth, remembered poet Lyn Hejinian: “Leslie’s generosity to poets (as a teacher, as an editor, as a publisher, and as an audience member at readings) was an expression not only of interest but of her ferocious persistence on behalf of something larger than art, though art was central to it. Leslie—in every facet of her complex and committed life—was engaged in a struggle for truth.”

An obituary prepared by Scalapino’s family said: “Of her own writing, Scalapino says “my sense of a practice of writing and of action, the apprehension itself that ‘one is not oneself for even an instant’ – should not be,’ is to be participation in/is a social act. That is, the nature of this practice that’s to be ‘social act’ is it is without formation or custom.” Her writing, unbound by a single format, her collaborations with artists and other writers, her teaching, and publishing are evidence of this sense of her own practice, social acts that were her practice. Her generosity and fiercely engaged intelligence were everywhere evident to those who had the fortune to know her.”

A memorial for Scalapino was held in at St. Mark’s Poetry Project in New York on June 21, following two performances of her Noh play Flow-Winged Crocodile at Poets House.

Combating media myths: Are there antidotes to the junk food of journalism?
Peter Schrag and Tyche Hendricks on Immigration