Wolf H. Berger is Distinguished Research Professor at the Geosciences Research Division of the Scripps Institution of Oceanography. He is also the author of Ocean: Reflections on a Century of Exploration, which was published by UC Press in April 2009. To learn more about the author, please visit his website and read his blog entry below.

Consider some simple questions such as these: Why are there mountains and why do they occur in chains? Why are the sediments of the deep sea only a few hundred meters thick? Why did whales grow so large, and why are the biggest ones living in our own time? (This last question was raised by Herman Melville in his book Moby Dick.) What is the largest daily migration of organisms on the planet and why did it arise?

How many among our friends would be able to address questions such as these in a reasoned way? How many of the teachers of our children would? Not that I have the answers. But rational discussion is possible, given sufficient background.

The aim of the book is to deepen the understanding of the workings of the ocean, for all who are interested in the sea. The target audience especially includes teachers of ocean sciences, from middle to high school and into college. It is because of my contact with teachers, in education events involving walks along the beach and lectures regarding the essence of ocean sciences, that I realized the need for a friendly guide to the sea – a book comprehensive enough to allow for looking up common concepts and elementary facts, but steering clear of the conventional textbook format. What was called for, I felt, is a focus on the evolution of essential ideas about the environment that is the ocean, and the life within it. Detail – the wonderful gift of meticulous observation – should come into play only to illustrate the process of building thought models of a comprehensive scale. In pursuing this goal, I had the benefit of formal training in the major fields of the natural sciences with an emphasis in geology, paleontology, and oceanography, and of many years of teaching introductory and advanced courses in oceanography. Equally useful information accrued from several decades of research in ocean ecology and sedimentation, with a focus on the carbon cycle, including its behavior within the ice ages and before their onset. I also had the benefit of fruitful interaction with many colleagues at Scripps and other major oceanographic institutions. Scripps historian Betty Shor, in the early years of the project (which took some ten years), was able to focus my general interest in the history of scientific ideas into links with Scripps history, which made allusions to the evolution of concepts plain and factual where they might have remained vague and tentative.

In essence, the book became an exercise in communicating something that has been called “Ocean Literacy,” a special case of Earth literacy. Earth literacy has at least two great benefits: a sense of delight at living on this very special planet and an ability to follow discussions about human impacts. The motivation and skills that derive from Earth literacy allow for both effective teaching and effective participation in Earth stewardship.

Breaking the Chain: How Businesses Can End Slavery
Christian Youth Culture and Music 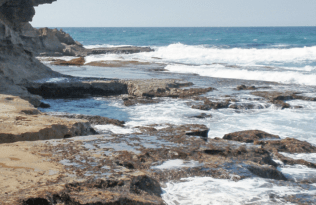 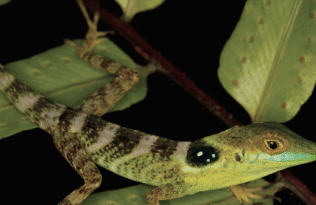