Dragonlike and prehistoric-looking, monitor lizards, or varanids, are uncommonly intelligent: “I dare anybody to…look a monitor lizard in the eye. It’s looking back at you”, says Eric Pianka, lizard expert and co-author of Lizards: Windows to the Evolution of Diversity, in Lizard Kings, an upcoming NOVA documentary. Varanids vary in size from mere centimeters to 10 feet or more, and research suggests that some types can count up to six. Over the past 80 million years, monitor lizards have adapted supremely well to their surroundings, and are notoriously elusive and hard to observe. In Lizards, Pianka recalls his adventures staking out a lizard’s hiding place for days, just to catch a glimpse of a varanid in the wild.

Lizard Kings, a NOVA documentary that will air Tuesday, October 20 on PBS, joins Pianka and his colleagues in Australia, as they follow varanid tracks and find creative ways to learn more about these magnificent creatures, including “lizardcam” footage shot by the lizards themselves.

Watch a preview of Lizard Kings on the NOVA site. The program airs on PBS tomorrow, Tuesday, October 20.

Eric R. Pianka is co-author, with Laurie J. Vitt, of Lizards: Windows to the Evolution of Diversity. 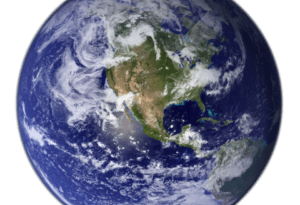