Cécile Whiting’s book Pop L.A.: Art and the City in the 1960s (2006) is the winner of the Smithsonian American Art Museum’s 2009 Charles C. Eldredge Prize for Distinguished Scholarship in American Art. The annual prize honors an American art book, published in the past three years, that exhibits outstanding research and craft and expands the realm of traditional art scholarship. Pop L.A. succeeds with “impeccable yet adventurous research, which invites a reconceptualization of pop art and opens a discussion about a region
and a period that needed further exploration,” the Smithsonian said.

In the sixties, Los Angeles was in the depths of awkward adolescence; it was a nebula of suburbs searching for an orbital center, aware that it was different but unsure exactly how. Critics dismissed L.A.’s art scene as the superficial sister of the New York art world, a sun-drenched haven of popular culture where artists went to waste time. Cécile Whiting shows how artists like David Hockney, Ed Ruscha, Vija Celmins, Judy Chicago, Llyn Foulkes, Allan Kaprow, and Dennis Hopper defied these clichés and transformed the city from formless void into a distinct artistic and urban environment. Whiting examines “Pop” as a sense of place rather than an art style, and reveals how L.A. artists were connected not by the gallery but by their surroundings: the beach, the mountains, the highways, the dilapidated buildings and suburban sprawl, the sun glaring off a billboard, the scratch-the-surface world of Hollywood. By reimagining and representing the many faces of Los Angeles in their work, artists inked over the city’s penciled outline and built its enduring urban identity.

New Yorker on Biology and the Mother of Invention
Will the Book Industry Long-Tail Mirror the Music Industry? 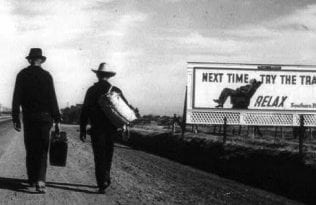 Get your Solnit During our Summer Sale