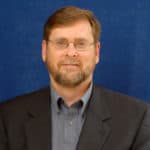 When Europe is mentioned in the news lately, it’s often about economic crisis or volcanic ash. Even with its current challenges, Steven Hill, author of Europe’s Promise, finds that Europe’s example offers a path to prosperity and sustainability in uncertain times.

In this interview with Charlie Dyer of KNews Conversations, Hill addresses misconceptions about Europe, including that it has a “weak, sclerotic economy” and is a “welfare state” where residents are crippled by taxes. In fact, he says, Europe has the largest economy in the world, and has captured the wealth-generating power of capitalism to support people so they can stay healthy and productive, and has done it in an ecologically sustainable way.

Listen to the interview with Steven Hill on KNews Conversations

Proof It Can Be Done: Podcast with Paul Farmer and Haun Saussy
Glimpses of the Past on the 38th Parallel