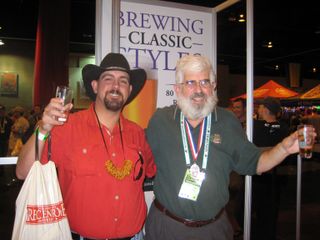 Dr. Patrick E. McGovern, a biomolecular archaeologist and author of Uncorking the Past: The Quest for Wine, Beer, and Other Alcoholic Beverages, works with Dogfish Head Craft Brewery to resurrect the world’s earliest fermented beverages from molecular and archaeological evidence. Together they have created several brews from ancient recipes, including Theobroma, a chocolate ale from Honduras, and Midas Touch, recreated from traces of ingredients unearthed in a 2,700-year-old tomb in Turkey that may have belonged to King Midas. Brewed with honey, grapes, and saffron, Midas Touch won the bronze medal for specialty honey beer at the Great American Beer Festival in September. Above, McGovern (right), and a brewer/festivalgoer toast with Chateau Jiahu from Dogfish Head, which won the gold medal for specialty beer at the festival.

Chateau Jiahu is formulated from evidence found at Jiahu, a Neolithic archaeological site in China that also yielded China’s earliest pottery and oldest rice, and the oldest known working musical instruments (bone flutes made from the wings of the red-crowned crane). McGovern and colleagues analyzed the residue found in cups and drinking vessels at Jiahu, and unraveled the ingredients in the ancient brew: hawthorn fruit, grapes, honey, and rice. At 9,000 years old, this drink is the earliest known fermented beverage in the world, and, as McGovern details in Uncorking the Past, it may have been used in the rituals of early shamans, as well as for enjoyment and celebration. 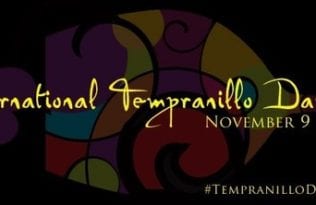