Peter Asmus, President of Pathfinder Communications, is a journalist, consultant, and author of Reaping the Wind: How Mechanical Wizards and Profiteers Helped Shape Our Energy Future, among other books. He is also the author of Introduction to Energy in California, which was published by UC Press in June 2009. To learn more about the author and renewable energy, please visit his blog, Finding the Responsible Path.

The earth is the water planet, so it should come as no great surprise that forms of water power have been one of the world’s most popular “renewable” energy sources. Yet the largest water power source of all – the ocean that covers three-quarters of earth – has yet to be tapped in any major way for power generation. There are three primary reasons for this:

•    The first is the nature of the ocean itself, a powerful resource that cannot be privately owned like land that typically serves as the foundation for site control for terrestrial power plants of all kinds;

•    The second is funding. Hydropower was heavily subsidized during the Great Depression, but little public investment has since been steered toward marine renewables with the exception of ocean thermal technologies, which were perceived to be a failure.

•    The third reason why the ocean has not yet been industrialized on behalf of energy production is that the technologies, materials and construction techniques did not exist until now to harness this renewable energy resource in any meaningful and cost effective way.

As ocean energy advocates gather this week in Maine for a conference designed to raise the profile of this potential clean energy source, they face a daunting task in the light of recent proposed cuts in federal government support. With the best ocean current resource in the world in the Gulf Stream off the coast of Florida, excellent tidal sites in California, Maine, Washington and Alaska and prime wave resources off the coasts of California and Oregon, the U.S. is well positioned to be a global leader.

With good tidal power sites in the San Francisco Bay, and the nation’s most viable wave resource all along the North Coast, there is much at stake here for the Golden State.

Consider these simple facts: waves, tides and ocean currents are 800 times more powerful than the thin air that is wind. Tides can be predicted decades in advance, while the wind resource shifts so suddenly, forecasts are good for only a few hours at a time. The sun never shines at night.

Despite these inherent advantages, the total installed capacity of these hydrokinetic resources – a category that includes wave, tidal stream, ocean current, and ocean thermal– was less than 10 megwatts (MW) at the end of 2008 (enough power for about 10,000 homes). It is expected that within the next five to eight years, these emerging technologies will become commercialized to the point that they can begin competing for a share of the burgeoning market for carbon-free and non-polluting renewable resources. By 2015, almost 3,000 MW could be on-line around the world. That figure could jump to 200,000 MW by 2025.

A recent surge in interest in these new renewable options has generated a buzz, particularly in the United Kingdom, Ireland, Portugal, South Korea, Australia and New Zealand…and the U.S.

So far, President Obama wins high marks for shifting priorities on energy policy in the U.S. But his recent proposal to trim R&D funding for the emerging sector of “marine renewables” — also often referred to as ocean power or hydrokinetic technologies – is extremely short-sighted and misses the boat. Trimming the $40 million proposed for marine renewables in 2009 by 25 percent will likely allow the U.K. and Europe to take a commanding lead in the development of a potential “game changing” clean power that is much more powerful and predictable than either solar or wind, both big winners in Obama’s proposed R&D budgets for the federal Dept. of Energy.

Europe, particularly the U.K., Ireland and Portugal, are the currently the best places to develop wave and tidal projects. Subsidy schemes there, as well as government funded test facilities, and streamlined permitting processes, will likely allow Europe to be the focal point of commercialization efforts in the near-term.

The U.S. has taken some promising steps recently resolving permitting issues for marine renewable technologies. But without more R&D, entrepreneurs already hit by the global economic meltdown may flounder and seek to do business on friendlier shores in Europe. While wave and tidal developers are offered lavish subsidies amounting to about 30 cents per kilowatt hour in Europe, the U.S. currently offers a measly 1 cent/kWh, half of the subsidy currently being offered to wind power projects, a fully commercialized technology.

The ocean is a huge global resource that will ultimately have to be tapped to meet the energy needs of the world’s growing populations – without contributing to global climate change. If the U.S. wants to be part of the solution, and help economic development in regions decimated by the collapse of native fishing stocks, then strategic investments need to be made today. We need wind, we need solar, but we should also be smart and be in a good position to tap the immense power of our oceans.

Farallones Web Cam
Kirk Savage in The Washington Post, On Monuments and Violence

Bring a Naturalist Along with New Apps and E-Books 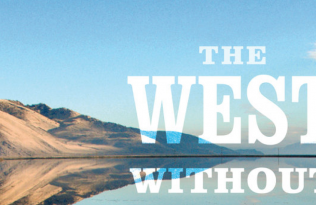