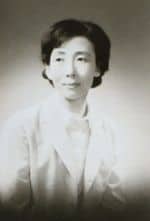 The forthcoming UC Press poetry volume Forest of Eyes, a
selection of poems by one of Japan’s most important modern poets, Tada Chimako, translated by Jeffrey Angles, was recently awarded the 2009 Japan-U.S. Friendship Commission Prize for the Translation of Japanese Literature by the Donald Keene Center of Japanese Culture at Columbia University. The prize is given annually to the best translation of Japanese literature that is both accurate and reflects the spirit of the original work.

Forest of Eyes includes poems from different works by Tada Chimako,
ranging from her nontraditional free verse (Fireworks, The Gladiator’s Arena, and The Universe of the Rose, and other books) to those in the Japanese traditional forms of tanka and haiku (A Spray of Water and Upon Breaking the Seal) to her prose poems (A False Record of the Ages and The Four-Faced Path,
among others). A major literary figure, whose poetry abounds with a wealth of fantastic imagery drawn from mythology and ancient thought, Tada is known as a poet of intellect and erudition, as well as one of sensuality and emotion, whose work reveals a hidden, unconventional side of modern Japanese culture. Jeffrey Angles’ accomplished translations offer English-language readers their first opportunity to read a wide selection of Tada’s extraordinary poetry, and their publication is a literary event.

Jeffrey Angles is Associate Professor at Western Michigan University, where he teaches Japanese literature and translation studies. Angles recently received a National Endowment for the Arts grant for translating the memoirs of the Japanese poet Takahashi Mutsuo. The Donald Keene Center of Japanese Culture at Columbia University will hold an awards ceremony for the Japan-U.S. Friendship Commission Prizes for the Translation of Japanese Literature in April 2010. Forest of Eyes: Selected Poems of Tada Chimako will be published in fall 2010 by UC Press.

In 2009, the following poets and poetry collections published by UC Press received these prizes and awards: Juliana Spahr, the O. B. Hardison, Jr. Poetry Prize from the Folger Poetry program of the Folger Shakespeare Library, (This Connection of Everyone with Lungs); Cole Swensen’s poetry collection Ours, a finalist for the Los Angeles Times Book Awards; and Fanny Howe (Selected Poems, Gone, The Wedding Dress), the Ruth Lilly Poetry Prize from The Poetry Foundation.