The American Public Media program Speaking of Faith recently rebroadcast a 2008 interview with author Mayfair Yang, in which Yang and host Krista Tippett discuss intersections of religion and state in China, and how attitudes toward religion in China have been shaped in part by the West. In her edited volume Chinese Religiosities, Yang explores how modernity brought sweeping social change to China, including the rise of state power and increased secularization.

Listen to the Speaking of Faith interview with Mayfair Yang. 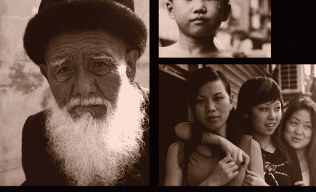