A couple of weekends ago, members of the Coffee Party met in coffee houses across the country.

Formed through Facebook connections, and now with over 186,434 members and counting, the Coffee Party got together to counter the surging Tea Party Movement. Linking up liberals and moderates, the new group aims above all else to check the growing anti-government impulses of its rival. The Coffee Party asserts that Washington has a central and constructive role to play in solving the economic and social problems of the day.

This is, of course, a worthwhile point to make. Yet as the Coffee Party moves forward, getting new members and expanding its agenda, it should make the revival of the coffeehouse tradition of debate and discussion its central goal ahead even of reigning in the Tea Party. That would be a bigger and more lasting contribution to the daily practice of American democracy.

Hundreds of years ago, when the British poet, essayist, and biographer, Samuel Johnson, wanted to know what was going on around him, he went to the coffeehouse. Because of the combination of cheap coffee and robust debate, these places were dubbed “penny universities” and they worked a lot differently than the $4-a-pop, frothy-drink-pushing corporate coffee shops of today.

The English coffeehouse of Johnson’s era operated as a place where strangers could talk to one another and debate the issues of the day. Morning and night, shopkeepers and bankers, ditch diggers and lawyers—just about anyone—came to these places for coffee. Everyone sat next to everyone else on plain benches, and together they talked about business and heard the latest news. Someone would literally read aloud from the papers.

When the newspaper readers finished, the noisy, cantankerous debate started. Intellectuals damned the government. Conservatives damned the intellectuals. And wits spread rumors and gossip and made fun of everyone. Over time, the coffeehouse, as a result, became a gathering spot for men from all walks of life, but also a sort of classroom—not just for sharing ideas but also for learning how to discuss and debate pressing issues with strangers.

“Informed men, some educated and some not,” Centre College sociology professor and coffeehouse expert, Beau Weston, noted, “would come together and talk about stuff”—literature, poetry, the economy, and politics. “Having a place to do that,” he explains, “enriches a culture. It takes us out of the cocoon of private life and into the public world. Cafes are important for creating a public life, particularly in a democracy.”

Despite all of the Starbucks and other coffeehouses now selling lattes, we really don’t have many of these kinds of places left in the US. Instead we have the “hard-ballization” of American politics — two people on the polar opposite ends of the political spectrum shouting at each across the split-screen divider of the airwaves – confused for actual debate.

Ultimately, then, the Coffee Party should claim as its mission the revival of meaningful and inclusive face-to-face conversation with the coffeehouse (and its stimulating beverages) as a central node. This might be the best defense against the Tea Party and the media distortion of the nation’s politics. Tolerate talk on a coffeehouse scale will restore and invigorate civic life in this country. Another shouting match between two sides that will never agree won’t get us any closer to the solutions we desperately need to deal with the tricky New Recession problems that we all face at this crucial moment in time. 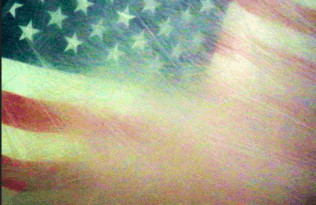