By Susan Sered, author of Can’t Catch a Break: Gender, Jail, Drugs, and the Limits of Personal Responsibility

The following blog is reposted from the author’s ongoing blog about updates from the women of Can’t Catch a Break. These blog posts offer readers and instructors a teaching tool to use with the book. You can read more about this project here.

The first time I met Mikki [a pseudonym] she was fresh out of prison. I invited her to be part of study of formerly incarcerated women. She asked if we could talk at the nearby Dunkin Donuts. Mikki chose a spot standing up at a counter facing the window, a good vantage point for watching people passing by. Suddenly, she dashed out to the sidewalk and went up to a man who looked (at least to me) pretty down on his luck. Mikki gave him a cigarette and a hug. When she came back in she told me that “I don’t forget where I came from.”

That sentence could have been the theme song for Mikki’s life.

Our intake interview included the question, “At what age did you leave home?” Mikki answered “fourteen”. It would have been more accurate to say that fourteen is when home left her.

When Mikki was a child she was raped by a man who was stalking her mother. After that, she lived with her father. He died when she was fourteen years old. She stayed on with her father’s girlfriend for a year or so, but was officially a ward of the state. Then she was sent to various foster care and group homes. I asked Mikki where she considers home: “Nowhere.”

Shortly after turning eighteen she married a man who was stable and kind. He was steadily employed; she worked on and off as a waitress, bookkeeper, office manager, and at fast food restaurants. Their marriage lasted for almost a decade. It eventually floundered, in part due to their grief after their first baby died of SIDS, in part due to the emotional wounds of her childhood.

Mikki relates, “Then I left my husband for a man I was cheating on him with.” It turned out that the man was an addict who turned her into the street (prostitution) to get money for his drugs. “Someone I loved put me on the street to support his dope habit.”

The next several years were spent “rippin and runnin, using crack.”

By the time I met her she had been in jail or prison half a dozen times, and in psychiatric hospitals and treatment programs more times that she could count.

A gregarious person with a smile that lights up her face, Mikki makes friends — good friends who love and admire her — wherever she goes. When she was feeling down about her life, I’d ask her what she considered to be her best character traits. Her answer was always the same: “I’m a good person, I have a good heart.”

Mikki dearly wanted a family but struggled as a mother. Her former husband, who received custody of their children when she went to prison, was not averse to her seeing them but neither was he especially pro-active in including her in their lives. One of the first times I met her she told me that her former husband was willing to pay for her ticket to take a train to the western Massachusetts town in which he and the kids lived, but – having just got out of jail — she didn’t have money to pay for the subway ride to the train. She ended up not visiting with them that time. Similarly chaotic situations nearly always interfered with her mothering.

During our first conversation I asked her what she believed her life would be like in five years. With great animation she laid it out: “My own place! A car. I’ll even be back to work. And married!”

“I took every drug in the world to numb myself.”

Within a few months she told me she was engaged and proudly showed me the cute little sapphire ring her fiancé had given her. She and her fiancé set up housekeeping together and Mikki felt that she had finally found her soulmate.

Years later she told me more about that next period of her life. “I got pregnant and we married. We were doing great. We were both addicts. We used and didn’t use – it wasn’t out of control. … It was good. We were on the methadone clinic. Doing good for seven and a half years. Then he was diagnosed with [a rare] cancer and our baby died inside me in the eighth month of pregnancy. We both went crazy for a while. He relapsed. I went on suboxone and detoxed to a very low dose. … Then I relapsed and was kicked out of the suboxone clinic but that was okay because I was making enough money selling other stuff. … I started selling crack again. I only smoked once in a while, and we kept a roof over our heads. Then, in 2018 Fentanyl came into our area.

“My husband ODd. After that I took every drug in the world to numb myself from losing my soul mate. Over the next 6 months I OD’d multiple times a day. I was in 3 CSS (holding after detox), 2 halfway houses, 2 psych wards. I didn’t give a shit. I knew fentanyl would kill me. I didn’t get high [from the drugs she took]. I didn’t get a nod. I just OD’d.

All this changed in 2020 when she was hit by a bus and ended up in the ICU.

Mikki often said that she was lucky – after the ICU an excellent caseworker arranged for her to go to a two year residential treatment program in a rural town far from the cities she knew. From what I could see, this was one of the best programs in the region. In her typical mixture of self-deprecation and pride in her “good heart,” she explained, “I don’t like it here. It’s like Mayberry, country bumpkins. You couldn’t pay me to take a vacation here. I’m a city thug bitch! But I’m used to it now. I’m not better than no one. I see someone homeless and I buy them food. Someone needs a cigarette even if I am smoking my last I take one more puff and give it to them.”

During her nearly two years in the program she worked hard at staying off drugs and rebuilding her life. She spoke of the people she lived and worked with as her REBOS (sober) family. She loved the work she did with young women on the street and with supporting others in their recovery. Challenging herself to go back to school, she began classes to be a peer support specialist and recovery coach. Her first report card was perfect!

Her last Facebook post showed Mikki and her boyfriend kissing in front of the Christmas tree in the apartment they had just rented. The caption read, “From our house to yours. 2023 is going to be an awesome year.”

She died — likely from complications of a respiratory infection — a week later.

Some midterm polls were on-target – but finding which pollsters and poll aggregators to believe can be challenging
Q&A with Musab Younis, author of On the Scale of the World 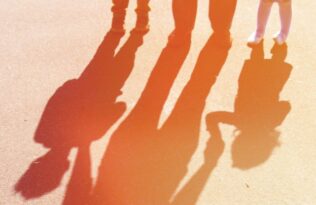 Judging a Book by Its Cover: Color Drenched Acts of Resistance