“Lo voy a comprar 👏 Felicidades!!!” I recently received this comment from my Costa Rican friend after posting on Facebook about my new book, Transborder Los Angeles: An Unknown Transpacific History of Japanese-Mexican Relations. It was a short but personally touching message because my book was an indirect, and unexpected, result of my experience of living in Costa Rica many years ago.

When I was seventeen, I went to Costa Rica as a high school exchange student from Japan. I had chosen Costa Rica out of pure curiosity — I simply wanted to go somewhere I knew nothing about. With the help of my host family and friends there, I learned Spanish, and about twenty years later, I published my first book using Spanish language sources along with Japanese and English sources.

Since then, exploring interethnic relations in an immigrant society has been an important theme to me. In Japan— which has a population that is 98 percent Japanese by nationality—immigrant groups and their descendants like Zainichi Koreans, Nikkei Peruvians, and others have faced various socioeconomic difficulties. In Costa Rica, I experienced what it was like to be a minority person from Asia who was physically and culturally different from the majority, and became even more motivated to explore how people with different ethnoracial backgrounds could live together.

In 1930, ethnic Japanese and Mexicans composed 9 percent of the total population and 78 percent of the non-white population in Los Angeles County. In other words, they made up the majority of non-white Los Angeles before World War II. Japanese merchants and doctors not only catered to Mexican residents but also supported the publication of La Opinión as advertisers since the paper’s founding in 1926. On the other hand, Mexican farmworkers provided indispensable labor for Japanese tenant farmers in agriculture, one of the major industries in prewar Los Angeles. Even today, the Los Angeles metropolitan area holds the largest numbers of both Japanese and Mexican immigrants in the United States. Japanese-Mexican or Asian-Latino relations continue to be relevant in many different ways in Los Angeles. As a personal aside, the relationship between my Japanese wife and her Mexican friend in Los Angeles became an important factor in assisting my research in Mexico for Transborder Los Angeles. I am grateful to my wife’s Mexican friend for letting me stay at her parents’ house in Mexicali during my archival research.

My book details two large-scale agricultural strikes launched by Mexican workers against Japanese farmers, which generated serious interethnic conflict but also prompted efforts towards mutual understanding. The 1933 El Monte Berry Strike evolved from a local interethnic conflict into an international problem in which anti-Japanese sentiment traveled across the US-Mexico border, contributing to the making of transpacific borderlands. The 1936 Venice Celery Strike tells us how the Japanese-Mexican interethnic conflict pushed Japanese immigrants to reconsider their position as a nonwhite minority in a highly multiethnic Los Angeles society in the context of the New Deal pro-labor political climate.

Interacting with one another beyond ethnoracial differences is increasingly important in any country where many immigrants live today. My research and my own personal experiences as a volunteer in Japan, where I work with an organization that provides educational support to immigrant children, have shown me this. In my volunteer work, I have learned a lot from such immigrant families about the importance of building a more inclusive society. Additionally, studying immigration history helps us better understand the agency of immigrants beyond time and space and nurture empathy toward people of different ethnoracial backgrounds. I hope my book not only makes a scholarly contribution as a clear example of transpacific history but also provides some historical insights on contemporary issues related to interethnic dynamics in the United States and beyond. 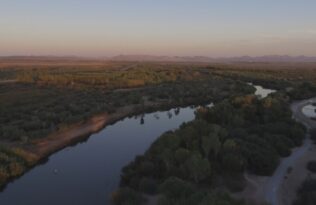 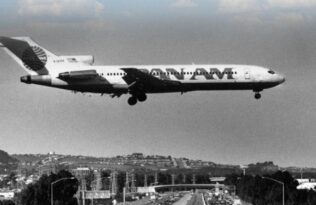